A day of support for Jamaican non-profits 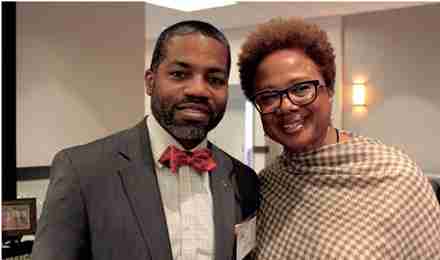 Whoever pegged Christmas as “the” sea- son for giving fortunately never sent the memo to folks who love Jamaica. Two fantastic organizations, Jamaican Women of Florida (JWOF) and American Friends of Jamaica (AFJ), hosted their South Florida fundraisers on April 23rd and both were spectacularly presented.

The headliner of the event was luncheon speaker Paula Madison, former NBC executive, women’s basketball team owner and current owner of The Africa Channel. She spoke about the exploration of her mixed black and Chinese lineage chronicled in her book Finding Samuel Lowe. Most impacting were the stories about her Jamaican mother and the great lessons she imparted on Madison and her brothers, especially that they must become not just successful, but rich.

The evening brought a visit to the annual Miami gala hosted by AFJ, a largely volunteer-driven organization that funds meticulously vetted Jamaican support groups. Outgoing president Wendy Hart said that AFJ encourages folks who can to go beyond standard remittance and alumni giving, and consider contributing to these organizations which serve causes with a broader community focus. The non-profit successfully raised a portion of this year’s $250,000 to be disbursed among selected groups, including Shelly-Ann Fraser Pryce’s Pocket Rocket Foundation which helps young athletes in Jamaican schools.

Calibe Thompson is a television producer and personality, public speaker and author. Watch her Mon at 10:00PM and Tues, Thurs and Sat at 9:00PM on South Florida’s BECON-TV (Ch 63 / Comcast 19), and follow www.facebook.com/misscalibe.

Next post Dispute deepens over GOP delegates for US Virgin Islands