Ban the Box being considered by Broward County Commission 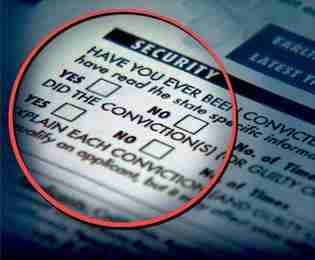 FORT LAUDERDALE, Fla. — Demetrius Ivory was convicted of simple possession 25 years ago but does not believe the charge should determine whether he gets the opportunity to participate in interviews for employment. “Yes, I made a mistake, but that’s not who I am now,” said Ivory. “I’m a single father trying to take care of my family and looking for better opportunities and ways to improve myself. I’ve applied for County jobs over and over again for the past six years, and have never heard back once. I just want a second chance.”

The Broward County Commission had its initial vote on Ban the Box legislation on May 24. Affected community members urged the Commission to eliminate criminal history questions from county job applications, shared their personal stories and discussed the impact the legislation could have on them with reporters.

Research shows people of color comprise 14 of the US population, but 40 percent of the incarcerated population. It takes African Americans with past convictions three times as long to get a callback or a job offer. In other cities and counties, Ban the Box legislation has had a huge impact on hiring. In Durham, North Carolina, for example, there was a jump in the proportion of people with records hired for municipal jobs, rising from 2.25 percent to 15 percent.Neighboring Miami-Dade county enacted ban the box legislation several months ago following a motion by Miami-Dade Commission Chair Jean Monestime.

Miramar resident Pastor Rhonda Thomas of Faith in Florida has been fighting for years to restore the rights of returning citizens. She has seen first-hand the impact “the box” has had on members of the community. “Restoring the dignity and humanity of people with records gives them a real chance to succeed for the sake of their families and communities,” Thomas said. “That’s why we’re urging Broward County to pass Ban the Box and give everybody a fair chance at a good job.” While Ban the Box wouldn’t eliminate background checks, it would give individuals who have interacted with the criminal justice system a fair chance to compete for employment and be judged on their qualifications first, without the stigma of an arrest or a conviction. To date, 23 states and more than 100 cities and counties have passed Ban the Box legislation.