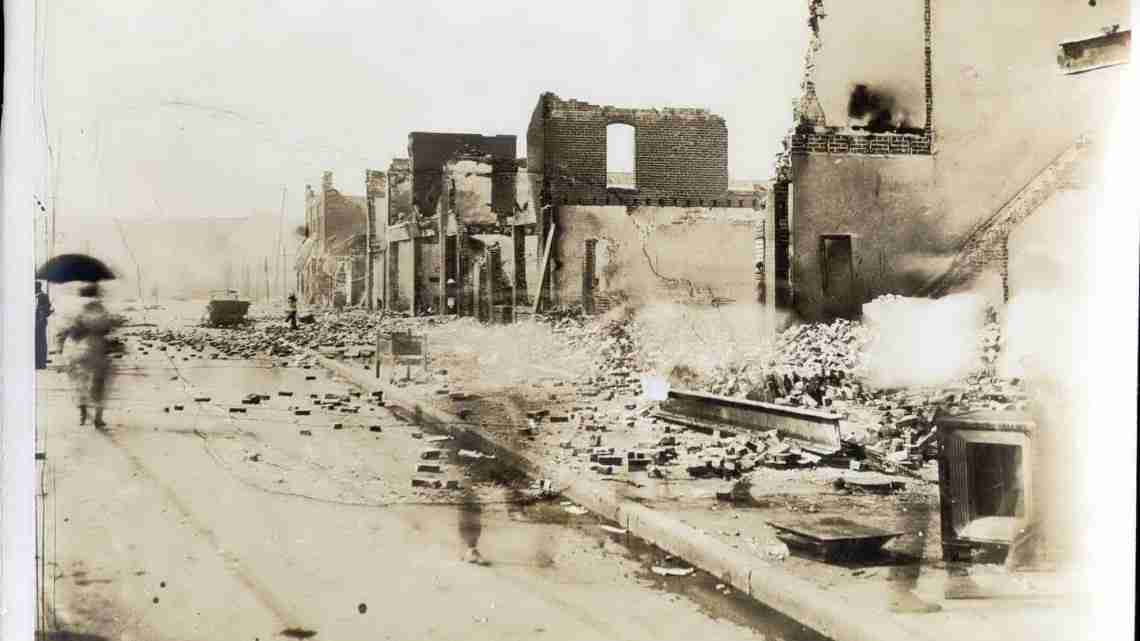 TULSA, Okla. – Imagine this: it’s the 1920’s – predating integration and the civil rights movement. Blacks are limited in what they can legally do. They are restricted and relegated to only certain actions. But despite the obvious hardships from the turn of the century, blacks thrived like no others in this particular U.S. town.

You would never know there were racial barriers because everyone in the city made it to prominence. Six blacks owned planes, another owned a bus system, black physicians owned medical schools, and black entrepreneurs owned jewelry stores, restaurants and so much more including two movie theaters. This town was so successful for blacks that it was dubbed a mini-Beverly Hills. It was accurately called Black Wall Street. It was said to be the Golden Door of the black community during the early 1900’s. Clearly, it was a model city for the Negro race.

That town was Tulsa, Oklahoma, and the area of note – the Greenwood suburb – encompassed over 600 businesses and 36 square blocks with a reported population of 15,000 blacks, according to author, publisher and orator Ron Wallace, a Tulsa native. Wallace says the intention of Black Wall Street was to educate every child. And as the children grew up, the average student from Black Wall Street wore a suit and tie to school because of their morals and great respect that was taught at an early age. And the business owners believed in nepotism. They prided themselves on utilizing all of their children and relatives in their businesses, giving them a chance to become successful entrepreneurs as their parents in spite of segregation. A lot of global business was conducted on Black Wall Street and the community thrived from the early 1900’s until June 1, 1921, when something happened that would change the course of this distinctive town.

What happened on that fateful day that would redefine the city? The critical question remains: What happened to Black Wall Street, the country’s most affluent African American town?

It is said that whites were envious of what the black residents of Greenwood had assembled: their thriving businesses, their family structure, their affluence….Certainly it all caught the eye of their white Tulsa neighbors. And it was said that whites had plotted to get revenge on the blacks in Tulsa for their incredible success.

So on a hot summer day on the first day of June, the enviable city saw its demise. Horrifically, Black Wall Street was bombed from the air and burned to the ground in one of the most notorious race riots in U.S. history. According to Wallace, the Ku Klux Klan was behind this devastating turn of events, along with ranking city officials and others who hated to see these blacks thrive.

In a span of just 12 hours, what had been the envy of so many, was now gone – just like that. The night’s carnage left some 300 blacks dead and over 600 successful businesses lost, according to Wallace. Among these, he says, were 21 churches, 21 restaurants, 30 grocery stores, two movie theaters, a hospital, a bank, a post office, libraries, schools, law offices and six private planes and even a bus system….all gone.

Survivors of the massacre say they believe the whole thing was planned, because they report that many whites stood around the borders, watching the massacre and the looting as if they were watching a lynching.

The riots were one of the worst incidents of violence ever visited upon the black race.

How could something so special among black people, suffer such a horrifying fate, leaving a legacy of success in business literally in the dust? Should the families of these victims be paid reparations? Has there been another successful black town as influential as Black Wall Street? Should it be easier today to create such a town where blacks are experiencing overwhelming success?

In the coming weeks, we’ll ex- amine the efforts to pay reparations to the families of the Tulsa victims, and we’ll look at efforts in South Florida to re-create another Black Wall Street. How has Overtown in Miami fared? What about the Sistrunk area of Fort Lauderdale? And the Northwest Section of West Palm Beach and Riviera Beach, a predominantly black city in Palm Beach County. Stay tuned to Part Two next week of our tribute to Black Wall Street as we approach the June 1 anniversary of the greatest massacre upon the black race in United States history.

Next post When you fall for the wrong man