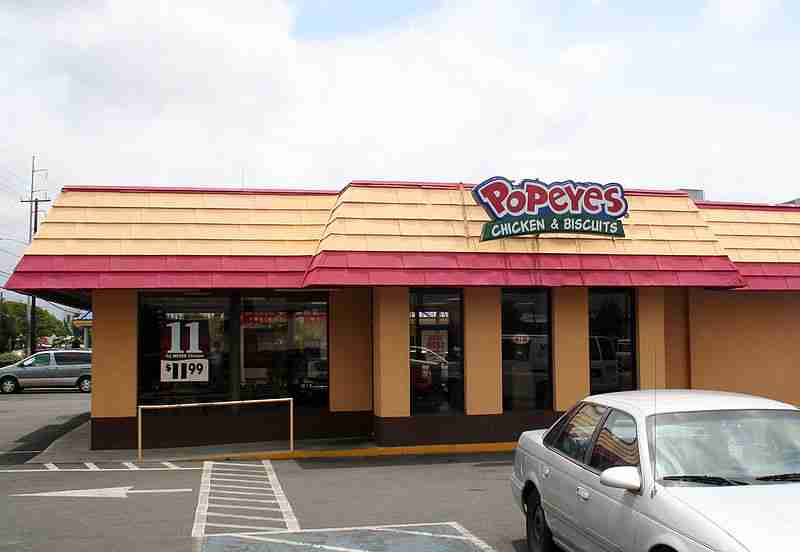 NEW YORK — The parent company of Burger King and Tim Hortons is buying Popeyes for $1.8 billion, with plans to accelerate the growth of the fried chicken chain.

Such a move fits Restaurant Brands International’s strategy of taking over well-known fast-food chains that it believes have the potential for wider expansion. While Popeyes has a presence in almost every state, its locations now are concentrated in the eastern half of the continental U.S.

Restaurant Brands was created after Burger King, controlled by Brazilian investment firm 3G Capital, bought Tim Hortons in 2014. The corporate name it took signaled the company’s aim of expanding its stable of fast- food chains. In the meantime, Restaurant Brands has been striking deals with local operators to open additional Burger Kings around the world.

However, Cowen analyst Andrew Charles said last week that the company has not yet accomplished its goal of expanding Tim Hortons internationally. Although Tim Hortons has signed three master franchise development agreements in the Philippines, the United Kingdom and Mexico, Charles noted no stores have yet opened under those deals.

Stephen Anderson, a Maxim Group analyst, noted last week that Popeyes has had stronger sales performance worldwide in the past two years compared to Burger King and Tim Hortons.

The deal gives shareholders of Popeyes Louisiana Kitchen Inc. $79 per share, a 19 percent premium from its closing price on Friday.

Restaurant Brands International Inc., based in suburban Toronto, has more than 20,000 locations globally, and Popeyes would give it about 2,600 more.

Restaurant Brands makes money from fees it charges franchisees who operate Burger King and Tim Hortons restaurants. It has also been improving its financial results by cutting costs, the same strategy 3G has employed with another of its investments, Kraft Heinz.