Can musicians make Washington the jazz mecca it used to be? 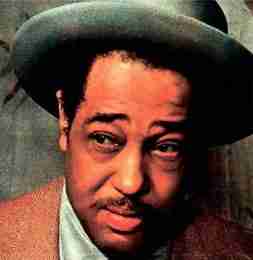 WASHINGTON – A walk down U Street reveals relics of the strip’s jazzrich history.

There’s the mural in the pizza shop alley that reads “Black Broadway,” a tribute to the hallowed corridor’s once well-known nickname. The Ellington apartment building is an ode to District of Columbia native Duke Ellington. And there’s the shuttered Bohemian Caverns, whose distinctive saxophone-adorned façade still stands.

But contemporary artists are realizing the city’s rich history isn’t enough to sustain jazz in a 21st-century Washington.

They’re scrambling to save what has been called America’s original art form in a city where it’s fading from the culture.

For a genre that sprung from African-Americans telling stories of oppression, the musicians are seeking help from unlikely sources: D.C. government and city institutions.

Advocates are lobbying city agencies and the D.C. Chamber of Commerce to support the cause. They want vacant, city-owned space to be transformed into pop-up jazz venues and are pushing for subsidized housing for artists so the city can retain talent.

“You do not have D.C. or any other forms of music if you did not have jazz,” said Aaron Myers II, a D.C.-based jazz musician leading the effort. “If you lose jazz, you lose the authenticity of Washington.”

Hiring a solo DJ is cheaper for a business than hiring a full jazz group, so artists are asking the city to consider offering incentives to hotels and bars that host live music.

“When I moved back to D.C., nearly all the places that I grew up listening to music were closed,” said saxophonist Herb Scott. “There’s no way we’re going to be able to maintain an art form like this because it’s simple math. It’s just easier to get a DJ, one person, than a quartet.”

City officials say that while they generally support the idea, policies and programs to revive the genre haven’t been fully developed. A spokesperson for D.C. Council Chairman Phil Mendel- son said members of his staff met with musicians, but he doesn’t yet have an opinion on the feasibility of such an incentive.

Council member Brandon T. Todd said he created the Ward 4 Advisory Committee on Arts and Humanities so his office could better determine what resources and opportunities artists in his ward need, but he didn’t comment on musicians’ specific requests.

Many would argue that jazz has simply passed its hey- day. Musicians concede that a gentrifying District changes the landscape of jazz but insist that demand for the music is still there. The city is flush with new Washingtonians who know little about jazz history, and they say it needs marketing muscle like never before.

Places such as Blues Alley in Georgetown, Twins Jazz on U Street and Mr. Henry’s on Capitol Hill are still hosting live jazz, but the scene has taken some recent hits. The legendary Bohemian Caverns on U Street shuttered last month. Cafe Nema closed its doors in 2010. HR-57, an old-school jazz venue, closed on H Street NE in 2014.

The historic Howard Theatre’s finances are foundering, and WPFW-FM, which bills itself as D.C.’s “jazz and justice” radio station, is having a fundraising campaign to keep it afloat. The radio station has been ground zero for organizing efforts, and musicians say its airwaves are a crucial platform for them.

There was a time when U Street NW was dotted with jazz venues, but the area was decimated in riots that followed the 1968 assassination of Martin Luther King Jr. The street has since transformed into one of the priciest corridors in the District, but it never recovered as the mecca for African American art and culture.

“A lot of this is public awareness. People assume be- cause musicians make magic out of nothing, they don’t need money,” said Andy Shallal, owner of Busboys & Poets, a restaurant named for poet Langston Hughes with its flagship location near U Street. Shallal has a weekly show on WPFW and is leading its fundraising efforts.

In the next few months, the DC Office of Cable Television, Film, Music and Entertainment will launch a weekly program called “The Sound” on the city’s DC Network. The viewership probably won’t be high, but Angie Gates, director of the cable television and entertainment office, said the government-funded show will give its professionally filmed segments to artists for use in marketing their work.

“We are willing to provide them as a resource so they won’t have to pay for that marketing tool out of their pocket,” Gates said.

Washington is hardly the only city whose jazz clubs are struggling, and music, after all, is a business. Margaret Singleton, the interim director of the D.C. Chamber of Commerce, told the musicians she would arrange for them to play at the Chamber’s events. The events would allow musicians to network with business owners who could potentially book them, she said. `

`One of the things that we have been able to do is help realize how they can leverage themselves as entrepreneurs,” Singleton said. “How can they connect with those entities that are already there to support the arts and humanities?”

Arthur Espinoza, the head of the D.C. Commission on Arts and the Humanities, which provides grants to artists and nonprofit arts organizations, said the commission is not focused on jazz, but sees it as a critical part of the city’s history.

This year, the commission gave two grants totaling $139,700 to the D.C. Jazz Festival, a multi-day festival in June that attracts acts from across the country.