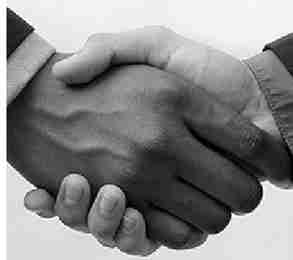 Fair lending will be paramount for the nation’s consumer financial cop on the beat in the new year. Mortgage and student loan servicing, along with redlining and small business lending, will be a particular focus in 2017 for the Consumer Financial Protection Bureau (CFPB).

“While the Bureau has taken important strides in our efforts to protect consumers from credit discrimination and broaden access to credit, we continue to identify new and emerging fair lending risks and we will monitor institutions for compliance,” said Patrice Ficklin, CFPB’s associate director for fair lending.

Specifically, CFPB will evaluate whether lenders have practiced one or more of the following discriminatory practices:

• Whether racial or ethnic concerns affect how loan services work with borrowers who are behind on either a mortgage or student loan; and

• Whether discriminatory practices affected access to credit for minority and women- owned businesses.

For all consumers, CFPB’s 2017 priorities are an encouraging sign. But for black, Latino and other consumers of color, heightened fair lending enforcement could signal less predatory and discriminatory lending that robs people of their hard-earned livings. With heightened monitoring and related enforcement actions, lenders and creditors who violate fair lending laws will pay a price, and consumers will hold on to more of their own money.

To date, CFPB has recovered more than $11 billion for 27 million consumers who were harmed by illegal financial ploys. These enforcement actions have affected a wide range of lending areas from mortgages to student loans, auto finance and more.

The cumulative clout of CFPB enforcements has also attracted united support among national civil rights groups. On Dec. 21, the Leadership Conference on Civil and Human Rights, NAACP, National Council of La Raza and the National Urban League released a joint statement in support of the Bureau.

“If the 2008 financial crisis showed us anything, it’s that consumers need a strong and independent regulator to look after the interests of consumers,” the leaders wrote. “The civil rights community stands behind Director (Richard) Cordray as he continues to lead the CFPB in the fourth year of his five- year tenure.”

Any effort to weaken the agency or undermine its leadership,the leaders added, “would risk severe impacts on our communities – including communities of color and low-income families who are most vulnerable to financial abuse.”

Unfortunately, many communities of color that were hardest hit financially during the Great Recession are also targeted for discriminatory and predatory lending. Racial disparities in earnings and income are worsened by business practices and decisions that deny consumers a chance to get ahead financially. Hence, no one should be surprised to learn that many consumers of color struggle to attain financial stability.

For example, on Dec. 28, the Department of Justice announced a $9 million settlement to end a lawsuit alleging that Union Savings Bank and Guardian Savings Bank redlined predominantly black neighborhoods in Indianapolis and three Ohio cities – Cincinnati, Columbus and Dayton. The two banks share ownership and management from their joint base in Cincinnati.

An opposite outcome occurred in early December when 10 lawsuits filed by a group of black businesses in Michigan were dismissed. As reported, the plaintiffs alleged that Mercantile Bank violated the Equal Credit Opportunity Act with practices and loan terms that resulted in diminished commercial lending. According to U.S. Judge Robert Homes Bell, the charges that alleged violations occurred from 2007 to 2009 were beyond the statutory limitation. The lawsuits were filed in 2013.

“Three demographic factors affect your wealth: your race or ethnicity, how much education you have, and when you were born,” notes Lowell Ricketts, a senior analyst with the Center for Household Financial Stability, a program of the Federal Reserve Bank of St. Louis. “Wealth is distributed unequally across all three demographic categories.”

Another analysis, by the Economic Policy Institute, found that in 2015, black workers were paid 26.2 percent less than their white peers.

This column has and will continue to share consumer victories that diminish these and other disparities that consumers of color continue to face.

Vanita Gupta, head of the U.S. Justice Department, recently noted that success stories alone cannot erase systemic injustices or eradicate profound inequities. “But they do give me faith,” she added, “in America’s capacity for progress – the notion that we can march forward, imperfectly but unyieldingly, to build a more inclusive, more just and more free union. And they give me hope that together we can advance the cause of justice.”

Here’s hoping that in 2017 our nation’s public policies will continue the journey toward financial justice.

Charlene Crowell, deputy communications director with the Center for Responsible Lending, can be reached at Charlene.crowell@responsiblelending.org

Next post It was just the best day ever!