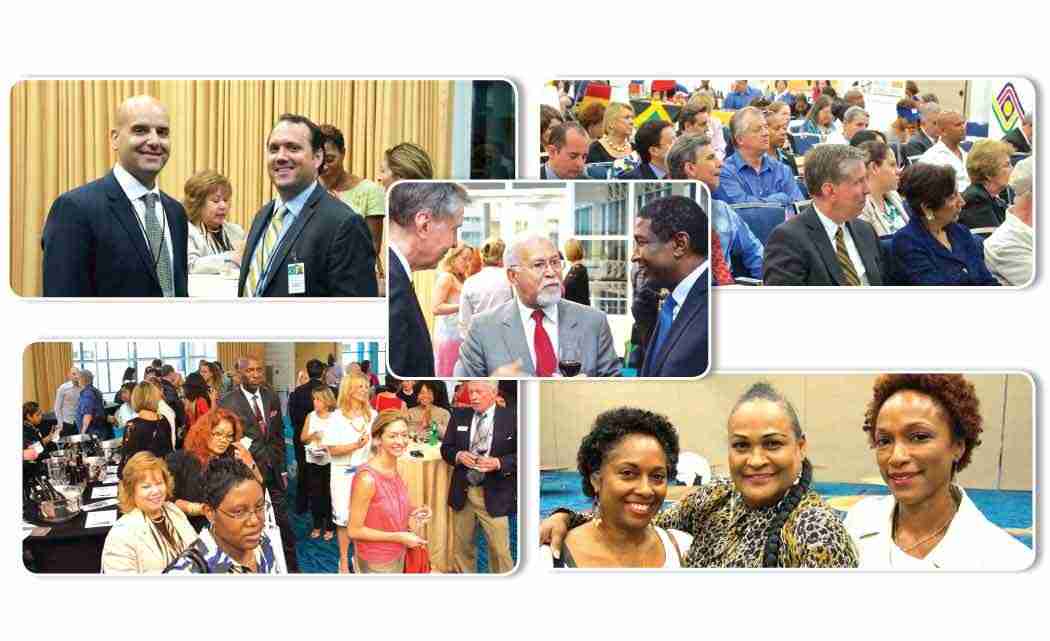 Fort Lauderdale, FL — South Florida experienced the best of international networking last week. It was a prolific week at the Greater Fort Lauderdale-Broward County Convention Center as the inaugural Florida International Trade & Cultural Expo (FITCE) welcomed local and national and international elected officials, former presidents of nations, former prime ministers, delegates, and members of bi-national chambers.  Held October 12-16, 2015, FITCE was the brainchild of Broward County District 9 Commissioner Dale V.C. Holness and after a year plus of planning, the week-long event included topics on how to grow and finance your small business, emerging markets in Africa, Asia and the Middle East, best market opportunities in Europe, and growing your business through the use of social media.

The week kicked off with the Democracy in the Americas Symposium (DITAS) Presidential Dinner, with over 150 attendees in attendance to hear Leonel Fernandez, Former President of the Dominican Republic.  Moderated by NBC 6 South Florida’s Investigative Reporter, Willard Shepard, the spirited evening included performances by a mentoring youth group.  Guitars Over Guns provides mentoring to at-risk youth through music education and performance as an alternative to the negative and harmful influences that often dominate their environments.

FITCE continued with an impressive session, Doing Business with the World, with presentations from over 30 countries including the Caribbean, Latin America, Asia, the Middle East, Europe, and Canada.  Each national representative focused on the numerous business opportunities in their nation, obtaining financing and establishing how those opportunities can be profitable to businesses here in South Florida and throughout the world.

The Honorable E.P. Chet Greene, M.P., Minister of Trade, Industry, Commerce and Consumer Affairs and Minister of Sport, Culture and National Festivals for Antigua and Barbuda, was the keynote speaker for the Lauderhill Regional Chamber of Commerce’s International Business Trade Expo (IBTE) held on Tuesday. The Minister shared information on Antigua and Barbuda’s emerging film industry which will not only boost the country’s cultural profile, but also have trickle down effects for the local economy.  With five feature films slated, including one on Bob Marley, the $125 million in financing solidifies the country’s long-range commitment to film production.  He shared his thoughts on how culture is also a business and his country is working very hard not only to have people enjoy their country’s culture but to also promote the business of their country’s culture. Opportunities in Antigua and Barbuda in the film industry and beyond, abound.

Throughout the week, trade ministers from throughout the hemisphere, focused on the creation of new businesses and the strengthening of existing business with the result of job creation in each of the various nations and cities. “We must use this to help grow the economy and bring jobs to the people here in Broward County and South Florida,” said Commissioner Holness when asked why FITCE is important and what is the purpose of the event? He added, “We have an infrastructure in place that is first class, we have three excellent international airports and seaports that are also first class and can accommodate any amount of trade you can imagine. We must take advantage of our community’s strength and location to benefit our residents.”

With major South Florida corporate exhibitors, Allied Steel Buildings, Florida Power & Light, Odebrecht, T-Mobile, Memorial Healthcare Systems and the like, the FITCE Expo Hall gave attendees opportunities to meet one-on-one with some of South Florida’s major employers.  The week concluded with two panels: the Importance of Culture in Our Global Economy, with Khalilah Camacho-Ali, former wife of heavyweight boxing champion Muhammad Ali, and Leveraging Your Global Connections through Social Media, the latter panel included interactive activity as speakers asked the audience to use their smart phones while they shared best practices on the use of Facebook, Twitter and Instagram for daily business.

Previous post Davis fights to run as a Democrat again