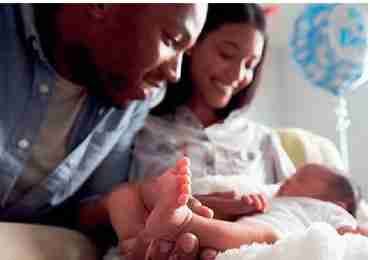 An analysis of demographic data in Florida released today reveals the significant and growing need for a national paid family and medical leave plan that covers all working people in the state for the full range of serious caregiving and medical reasons. The release kicks off a series of nationwide activities marking next Monday’s 25th anniversary of the federal Family and Medical Leave Act (FMLA), which provides unpaid leave. Across the country, working people, businesses, lawmakers, advocates and others will come together on the ground and online to celebrate the law’s progress, recognize state and private sector innovations and call for a national paid family and medical leave policy that advances the movement for more equitable and family friendly workplaces.

The new analysis was conducted by the National Partnership for Women & Families. The full set of findings for Florida is available here. Similar findings for all 50 states and the District of Columbia can be found at NationalPartnership.org/PaidLeaveMeansMap.

“Twenty-five years after the FMLA was signed into law, it is past time to take the next step by ensuring paid leave for all working people,” said Debra L. Ness, president of the National Partnership, which drafted and led the fight for the FMLA. “The FMLA has transformed our workplaces and culture in tremendously positive ways, but these data show that unpaid leave is inaccessible for too many people. Working people and families are caught between the demands of their jobs and their families, and as a result, our economy and businesses are not reaching their full potential.”

The Florida analysis sheds light on why the failure of policymakers and the private sector to guarantee paid family and medical leave is causing people in the state to expe rience conflicts between their jobs and their families. For example, women, and especially women of color, are key breadwinners for their families while also continuing to be primary caregivers. People already have significant family and medical care needs that are increasing as the workforce ages. And the consequences for the economic wellbeing of families and the state can be serious when people are not able to hold paying jobs while providing and receiving critical care. Specifically:

• In 71 percent of Florida households with children – more than 2.7 million homes – all parents hold jobs;

• In Florida, 79 percent of Black mothers, 56 percent of Latina mothers and 53 percent of white mothers are key breadwinners for their families;

• In less than 15 years, the share of Florida’s population age 65 and older will grow by more than 16 percent;

• Thirteen people die every day from drug overdoses in Florida;

• In Florida, there is an 11-percentage point gap in labor force participation between men and women; and

• A national paid leave plan would reduce the number of working families in Florida facing significant economic insecurity when they need to take family and medical leave by 79 percent.

Florida legislators have recently considered paid leave at the state level. Nationally, the FMLA guarantees unpaid leave, but it is inaccessible to 63 percent of workers in Florida because they either are not covered by the law or cannot afford to take the unpaid leave it provides. Just 15 percent of workers in the United States have paid family leave through their employers, and fewer than 40 percent have paid medical leave through employer-provided temporary disability insurance. California, New Jersey, Rhode Island and, as of Jan. 1, New York, have paid family leave insurance programs in place. Washington state and the District of Columbia have enacted similar measures that have not yet taken effect. Research shows that existing programs are working well and lawmakers in other states continue to use them as models as they consider programs of their own.

“We now have a powerful body of evidence that shows the widespread benefits of paid family and medical leave, the urgent need for it, and the key components of a meaningful policy that would promote gender and economic equality, strengthen businesses and our economy, and promote the culture change we need,” explained Vicki Shabo, vice president for workplace policies and strategies at the National Partnership. “Lawmakers who advance strong paid leave proposals demonstrate that they understand their constituents’ needs and the value we all place on knowing we can care for our loved ones without risking our jobs. Voters’ support for a strong national paid family and medical leave law cuts across parties and ideologies, and large and small companies say they support a national paid leave plan too. It is past time for all lawmakers to show the same interest in real policy solutions.”

The Family And Medical Insurance Leave (FAMILY) Act, sponsored by Sen. Gillibrand (D – N.Y.) and Rep. DeLauro (D – Conn.), is the leading paid family and medical leave proposal in Congress. Reps. Castor, Deutch, Frankel, Hastings, Murphy, Soto, Wasserman Schultz and Wilson are co-sponsors of the legislation. The FAMILY Act would create a national insurance program, similar to those in the states, that would be funded through small employer and employee contributions of 0.2 percent each (less than $1.50 per week each for a typical worker). It would allow workers to take up to 12 weeks of leave for serious family or medical reasons while receiving a portion of their pay.

The National Partnership’s reports for all 50 states and the District of Columbia are available here. They were released in advance of the 25th anniversary of the signing of the FMLA, which is Feb. 5. To celebrate the day and advance the movement for paid leave, a broad and diverse coalition of organizations is joining with businesses, state and local lawmakers, and working people across the country to call for a national paid family and medical leave law like the FAMILY Act.

Supporters will be sending messages to Congress, hosting events, sharing stories with the media and their networks, and using #FMLA25 and #PaidLeaveMeans on social media.

For more information on paid family and medical leave, including details on existing laws, a summary of recent employer policy announcements, a collection of fact sheets and the latest research on the impact of paid leave policies, visit NationalPartnership.org/PaidLeave.