Harvey and Irma to slow US economy but rebound should follow 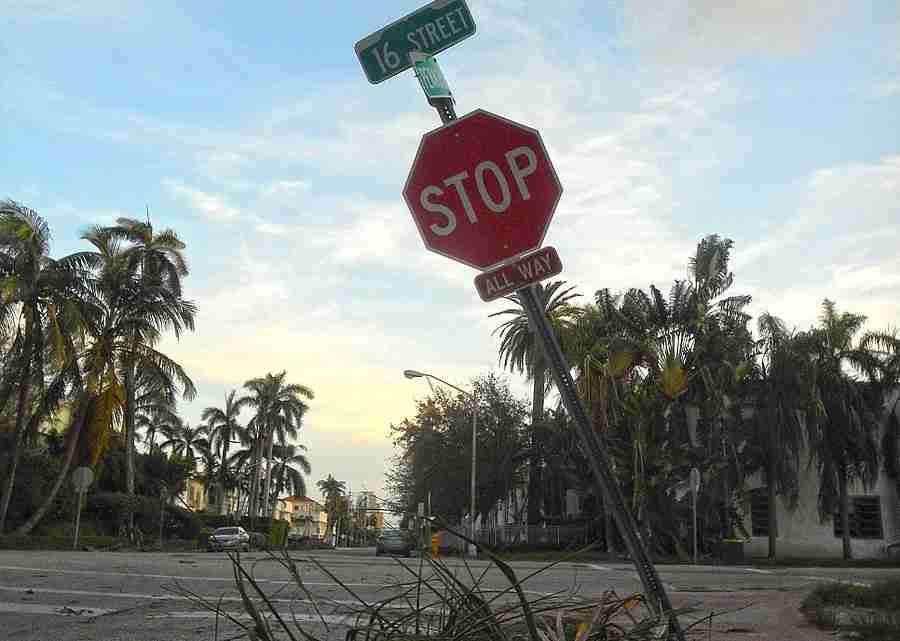 WASHINGTON (AP) – With businesses disrupted, fuel and chemical refineries out of commission and consumers struggling to restore their lives, Hurricanes Harvey and Irma will likely pack a tough double-whammy for the U.S. economy.

Nearly one-fifth of the nation’s oil refining capacity has been shut down because of Harvey, and fuel production has dropped sharply as a result, according to Bank of America Merrill Lynch. Consumers will also spend less in the immediate aftermath of the storms. Even those ready to make purchases will face closed storefronts and dark restaurants.

Irma will cause tourists to delay – and in many cases never take – trips to Florida’s beaches or Disney World. Chemical refineries have also been closed, reducing the production of plastics.

Damage estimates from the two storms are still early, particularly for Irma. Hurricane Harvey will likely cost up to $108 billion, according to Bank of America Merrill Lynch, which would make it the second-most-expensive hurricane after Katrina.

Mark Zandi, chief economist for Moody’s Analytics, estimates that Irma will cause $64 billion to $92 billion in damage.

While the economic toll pales beside the human costs, analysts estimate that the nation’s annualized growth rate will be one-half to one full percentage point slower in the July-September quarter than it would otherwise have been.

But repair work, reconstruction and purchases of replacement cars and other goods should provide an offsetting boost later this year and in early 2018.

“Construction activity will rocket in the affected areas,” predicted Ian Shepherdson, chief economist at Pantheon Macroeconomics. “Households’ spending on building materials, furniture, appliances, and vehicles will all be much higher than otherwise would have been the case.”

Catastrophic natural disasters often don’t depress the U.S. economy in the long run. The destruction of property reduces the nation’s total wealth. But all the rebuilding and restoration work tends to stimulate economic growth in the following months.

The rebuilding can take time. After Hurricane Katrina bashed New Orleans in 2005, it took seven months for home building permits in the city to return to their pre-hurricane levels, according to Goldman Sachs.

Irma has so far wreaked much less damage than initially feared, with Citi analyst James Naklicki estimating total costs could reach $50 billion, down from earlier estimate of as much as $150 billion.

Still, more than 7 million people have lost power because of Irma, with most of them living in Florida. The state makes up about 5 percent of the U.S. economy. Flooding from Irma could affect about $1.2 billion of the state’s crops, Bank of America Merrill Lynch estimates, and elevate food prices.

With oil refineries along the Gulf Coast shut down, gas prices have jumped about 30 cents a gallon nationwide, on average, since Harvey made landfall in late August. That will temporarily reduce Americans’ spending power because they will have less money to spend on other items.

The impact of Harvey has been particularly harsh in Houston, the nation’s fourth-largest city. The entire metro area accounts for about 3.2 percent of the nation’s economy.

Higher gas costs will likely increase measures of inflation in the coming months, economists say, but the rise will likely be small and temporary.

Housing costs could rise, too. The cost of lumber has already been rising because of the wildfires in the western United States, said John Mothersole, an economist at IHS Markit. Hurricane-related repairs and rebuilding could push prices higher.

Nearly 90 percent of U.S. chemical refinery capacity has been closed down, Mothersole said. That could make all sorts of plastics more expensive, including PVC pipes and other building materials.

The Federal Reserve, which adjusts interest rates to keep inflation in check, will likely discount any increase in prices.

“The Fed is going to view this, correctly, as a transitory event,” Mothersole said.

Still, Fed policymakers may have a difficult time analyzing the broader underlying health of the economy because of the hurricane distortions.

For example, the number of jobs added in September could be 20,000 to 100,000 lower because of storm disruptions, Goldman Sachs estimates.