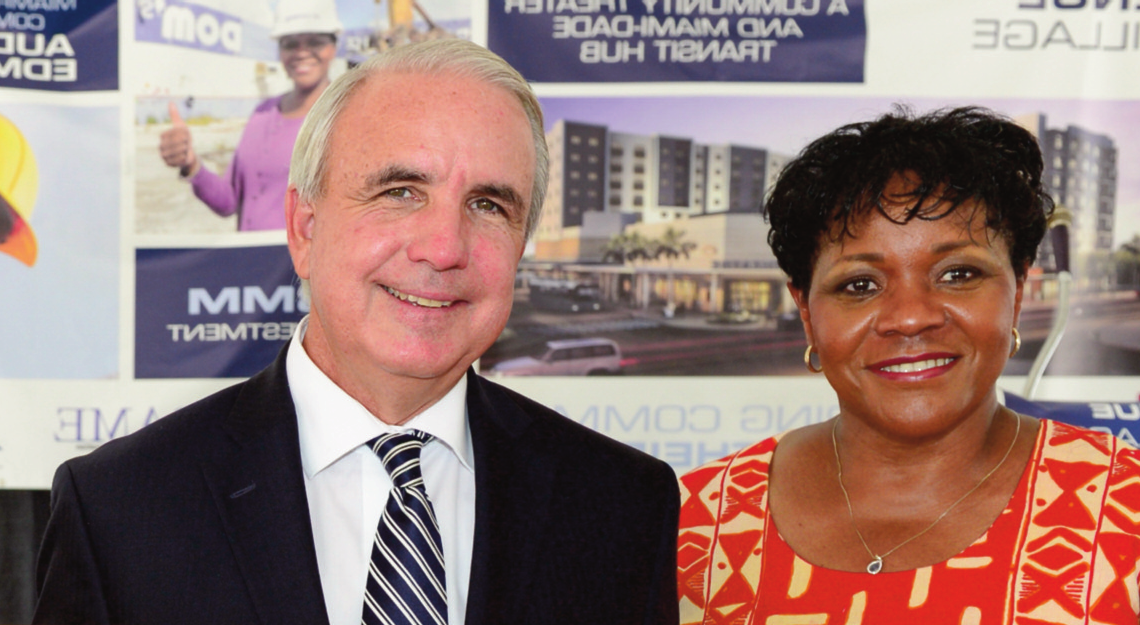 MIAMI – Liberty Square—The Beans—is Miami’s oldest housing project and is considered to be one of the more malfeasant and poorer pockets within the city. When talks of razing the community for the purpose of redevelopment began a year ago, residents, community leaders and city commissioners were excited about the proposed $307 million overhaul, but the initial exuberance is waning.

“Working for you today to ensure a better tomorrow,” is a perspective that District 3 County Commissioner Audrey Edmonson doggedly endorses. Edmonson said she and her constituents are feeling spurned by the scoring committee that was created to aid in the selection of the developer to revitalize Liberty Square. Edmonson, a Liberty City native said the restorative efforts of the housing project are a “good thing if done properly,” adding, “Initially, I was in favor of redevelopment but I presently have concerns about the process.”

Her concerns, in alignment with many people in Liberty City, involve the wealth distribution of the project’s funding. Many suspect it will be far less equitable than anticipated. Edmonson is a staunch advocate of minority inclusion.

“I would like equal partnership with another smaller business developer. I need people who make up this community to work on this project,” she said.

R. Joaquin Willis President of Miami 2.0, a project bidder, is also concerned with the lack of transparency and the process followed by the county in awarding the project to a “local entity with current and former ties to local government officials.”

In a letter written to Housing and Urban Development Secretary Julian Castro, Willis and the Collective Empowerment Group (CEG) a concerned community entity suggest that there may be “unfair preferences and pressures brought to bear on the part of Miami-Dade County Mayor (Gimenez) at the expense of current Liberty Square residents which, if not stopped now, will be marginalized … and ultimately displaced when redevelopment is completed.”

The CEG’s missive to HUD is seeking “cooperation and support … in properly investigating this matter and … to avoid another in- justice inflicted on our black community of Liberty City/Square.”

The expansive proposal supports Edmonson’s stance that there is enough wealth to be distributed among contractors as opposed to a paltry “five percent of the development given to one minority contractor,” she noted.

According to Edmonson, the scoring system seems flawed. “Honestly, I really don’t care who gets the contract. My concern is that my community feels disrespected in that their votes didn’t count,” she said. “That’s my problem with the process and I won’t sugar coat anything.”

She warned, “This is not done. The commission has the final say, not the mayor.”