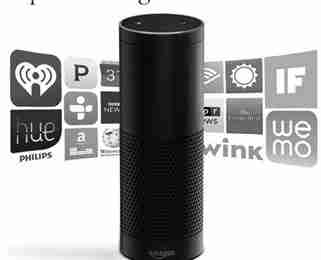 LAS VEGAS – Amazon doesn’t have an official presence at the CES gadget show in Las Vegas but its Alexa voice control software seems to be everywhere.

Whirlpool is adding Alexa voice control to its suite of smart-home appliances, including a stove and refrigerator. With that capability, someone can instruct the oven to pre-heat to 400 degrees by speaking a command to an Alexa-enabled device, such as Amazon’s Echo speaker.

Jason Mathew, senior director of global connected strategy for Whirlpool, says voice is “the most natural way to interact with a product.”

Other gadgets that include Alexa: Sensory and OnVocal are both launching headphones that incorporate Alexa. Simplehuman is announcing a voice-activated trash can. And GE Lighting is launching a table lamp that includes Alexa software.

Amazon has an edge on the market for now because its software has been out longer, but Google’s and Apple’s systems are catching up. Mathew says “Amazon is the most mature, but we expect to offer other options in the future.”