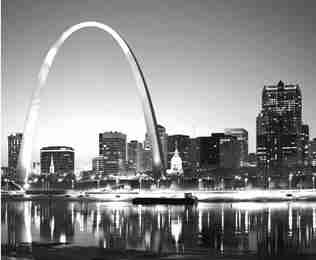 ST. LOUIS (AP) – Some St. Louis hotels are losing meetings because of a travel advisory issued by the NAACP over concerns about a state law that rolls back discrimination protections for workers, a local tourism board said Monday, though its counterpart in Kansas City has reported no issues.

Explore St. Louis President Kitty Ratcliffe issued a statement saying several hotels told the agency they had lost meeting groups that were in the midst of contract negotiations. The statement offered no specifics, including how many hotels and meetings were involved.

“Explore St. Louis fully supports nondiscrimination, equal rights and fair and just due process for everyone, regardless of the color of their skin,” Ratcliffe said.

“However, we are discouraged that the travel industry is being used as a weapon against politicians for their policies.”

The NAACP cited the new law in an advisory in July. The civil rights organization said the measure could make it tougher to hold people accountable for harassment and discrimination. The advisory also cited a report showing black Missouri drivers last year were 75 percent more likely than whites to be stopped.

The new law makes it more difficult to sue for housing or employment discrimination. It was among several changes to Missouri’s legal system. Missouri’s Republican-led Legislature and Republican Gov. Eric Greitens want to make the state a less favorable climate for lawsuits.

Kansas City, Missouri, has not lost any business due to the ban “to our knowledge,” said Derek Klaus, a spokesman for Visit KC.

The Missouri NAACP plans public meetings about the law this week in St. Louis, Kansas City and in Jefferson City.