Nearly $8.2M in fines levied for waste disposal in Kentucky 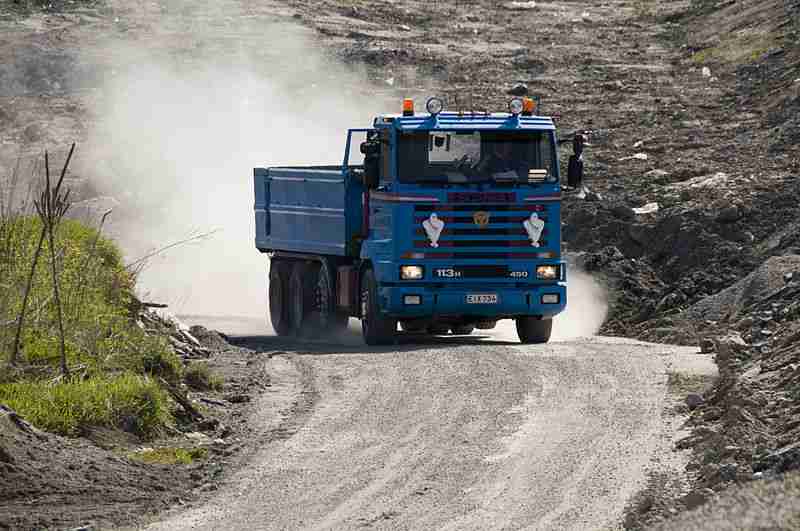 Penalties imposed by the Department for Public Health totaled nearly $8.2 million against eight companies and one business owner.

The fines stem from the dumping of radioactive waste discovered in early 2016 in landfills in Estill and Greenup counties, the Cabinet for Health and Family Services said. Fines were aimed at processors, transporters and brokers responsible for transferring the material into the landfills, it said.

“State laws prohibit the disposal of radioactive material from out-of-state companies in Kentucky landfills,” said state Health and Family Services Secretary Vickie Yates Brown Glisson. “The cabinet is imposing significant penalties against all those responsible for the illegal activity.”

The state said evidence showed that the activity began as early as May 2015 and involved the illegal transport and disposal of Technologically Enhanced Naturally Occurring Radioactive Material, which is a byproduct of pressurized oil drilling, or fracking.

The state’s announcement came hours before a public hearing in Estill County on the issue.

The amounts of fines depended on the number of violations discovered, the state said.

The bulk of the penalties were imposed on a West Liberty man named Cory Hoskins and a business he runs called Advanced TENORM Services. Both Hoskins individually and his company were fined $2.65 million, for a total of $5.3 million.

Hoskins could not be reached at any of the phone numbers listed as his home or his business. A law firm listed on his business’ filing with the Secretary of State’s office also did not return messages.

Most of the other companies fined Monday could not be reached for comment.

But Jon Eltringham, the owner of E&R Energy in Ohio, fined $140,000 by the state, said he hired Hoskins’ company under the assumption it would dispose of his waste legally.

Eltringham owns a company that cleans oil and gas waste out of tanker trucks. He said he hired Hoskins to help him formulate a radiation safety awareness plan to submit to the state of Ohio, train his staff, then paid him $150 per ton to haul away the waste. He estimates he paid the company around $20,000.

“Of course we thought we were doing this the right way,” he said. “That’s why we were spending all this money. Then the next thing we know we’re getting contacted by the Kentucky Attorney General saying stuff wasn’t done right.”

Eltringham said he’s going to fight the state’s fine on his small business.

He spent the day digging through old emails to find his contracts with Hoskins’ business and their exchanges about the services. He said he has not been able to reach Hoskins since he first learned about the state investigation.

The state said other companies being fined and the amounts were:

– Fairmont Brine Processing LLC of Pittsburgh was being fined just over $1 million.

In January, the chief of the West Virginia Radiological Health Program first informed Kentucky’s Health and Family Services Cabinet that a company operating as Advanced TENORM Services might have been involved in the dumping of out-of-state drilling waste at the Estill County landfill, the cabinet said. Prior to that notification, the cabinet had received no indication of the dumping, it said.

The activity was discovered at both landfills following an investigation by officials from the state Health and Family Services and the Energy and Environment cabinets.

“We quickly conducted tests of the area and found that there are no immediate threats to public health from the illegal dumping,” Glisson said.

But he said his office believed that actions by Advanced TENORM Services and its owners violated civil law.

Besides penalties, the Health and Family Services Cabinet said it is monitoring and testing areas that were exposed. Those results, shared with local officials, have shown no evidence that the dumping led to radiation or radioactive contamination above federal and state safety limits, it said.

The cabinet said it’s working with other state regulators and landfill representatives to manage the landfills and ensure the facilities remain safe for workers and the public.