New small cars unveiled at auto show but will anyone buy? 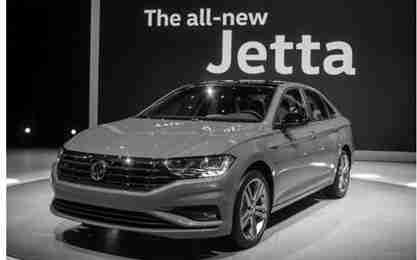 But cars — particularly small ones — are having a tough time getting buyers to look their way as SUVs grow in popularity.

Car sales are expected to hit a record low this year after steadily declining for several years. SUVs surpassed cars for the first time in 2016, and the gap only widens: Auto shopping site Edmunds.com forecasts the utilities will make up 43.5 percent of new vehicle sales this year, while cars will fall to 34.5 percent. (Edmunds regularly provides content, including automotive tips and reviews, for distribution by The Associated Press.)

The small car slump and utility boom has spurred industry changes: Ford is converting a Michigan plant that currently makes the Focus for Bronco SUV production. The automaker plans to move Focus production to China.

So why the big push to make — and market — cars as the demand dwindles? There are economies of scale, since many cars are sold globally, including in overseas markets where small cars are more popular. Then there’s the “gateway” effect, according to Michelle Krebs, an executive analyst for the car buying site Autotrader.com.

“A small car is likely the first new vehicle a young person buys,” she said in an email. “So it is particularly important to make a good impression so that person sticks with a brand and moves up the size and price ladder.”

Still, there’s no question that several cardependent manufacturers have been hurt by the shift to SUVs, including VW, Hyundai and Kia. The models being showcased in Detroit are examples of “what they have to work with while they develop more sportutilities,” Krebs said.

Hyundai isn’t giving up on small cars, as evidenced by the new Veloster. It also recently revealed the updated Accent subcompact, which has some surprising optional features like remote start, which lets the driver start the car with a smartphone, and a hands-free trunk that opens when the driver waves a foot under it.

Underscoring the point, Kia said the Forte had its best sales year in 2017 — the last year before the redesigned model debuted at the Detroit show.

Even though small cars have fallen out of favor in the U.S. now, automakers still need to invest in them due to demand in other parts of the world, says Mark Reuss, General Motors’ global product development chief. Also, Reuss says he’s seen events that have rapidly shifted what consumers want, and he wants to be ready if that happens.

Jonathan Smoke, the chief economist for Cox Automotive, says customers looking for an affordable vehicle last year were more likely to shop for used SUVs over new small cars. But small cars are still an important part of the market, he says, especially in cities where people need something small and maneuverable.

Sales of new small cars also spiked after the hurricanes in Florida and Texas, when people who needed transportation quickly went for the most affordable cars they could find.