Pay for news? More than half of Americans say they do 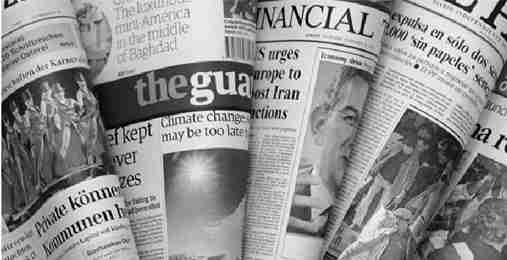 A battered news industry can find some flickers of hope in a survey that gauges public willingness to pay for journalism.

NEW YORK – A battered news industry can find some flickers of hope in a survey that gauges public willingness to pay for journalism, as long as its leaders plan judiciously.

A little more than half of American adults regularly pay for news, through newspaper and magazine subscriptions, apps on electronic devices or contributions to public media, according to the Media Insight Project, a collaboration between the American Press Institute and The Associated Press-NORC Center for Public Affairs Research.

It’s not only greybeards, either. Although they’re less likely than their parents’ generation to subscribe, close to 4 in 10 people under age 35 also pay. Younger people are also more likely to express a desire to support a news organization’s mission as a reason for subscribing, the project’s study found.

On the other hand, young adults who don’t pay for news are especially likely to say they’re just not very interested in the content that’s for sale.

“We sense a shift,” said Tom Rosenstiel, executive director of the American Press Institute. “There’s this perception that people don’t want to pay for news, especially young people, because they can get things from social media… We found that’s not true.”

A quarter of people who confess to regularly tapping a news source for free said they’d be at least moderately likely to pay for the information if they had to pay.

Chicago resident John Ashford subscribes to a handful of news organizations online, partly because of the work’s importance. He said the truth behind a police shooting near where he lived likely would have remained hidden if not for reporters digging into the story.

“People don’t have the time and the money to investigate what is going on,” he said. “You have to have somebody to do it.”

Nearly one in five Americans donate money to at least one nonprofit media source, such as public television or radio, or a digital news site such as ProPublica, the study found.

Even before the postelection controversy over fake news, the Times found new subscribers who were concerned about the reliability of some stories they saw online and “they understood that you get what you pay for,” said David Rubin, senior vice president and head of brand for the newspaper.

Rather than simply tout what a subscriber would receive, the Times is running an advertising campaign that focuses on the news organization’s mission and the importance of journalism, including one that shows the dangers faced by a photojournalist covering the conflict between Iraqi forces and the Islamic State.

The newspaper also recognizes the importance of building a relationship with subscribers, instead of simply making sure an article is seen by as many eyeballs as possible, Rubin said.

Three-quarters of newspaper subscribers say they primarily read the product in print, while 21 percent said they see it online, the study found. News executives can’t afford to focus on one type of consumer at the expense of another, Rosenstiel said.

The biggest reason people choose to subscribe is because they believe a news organization excels at covering issues they care about. Executives looking to cut costs need to consider the importance subscribers place in quality, he said.

“Spreading the pain equally so you get a little worse at everything is probably a bad strategy,” he said. “You’ve got to be more surgical.”

The poll of 2,199 adults was conducted Feb. 16 through March 20 with funding from the American Press Institute. It used a sample drawn from NORC’s probabilitybased AmeriSpeak panel, which is designed to be representative of the U.S. population. The margin of sampling error for all respondents is plus or minus 2.7 percentage points.