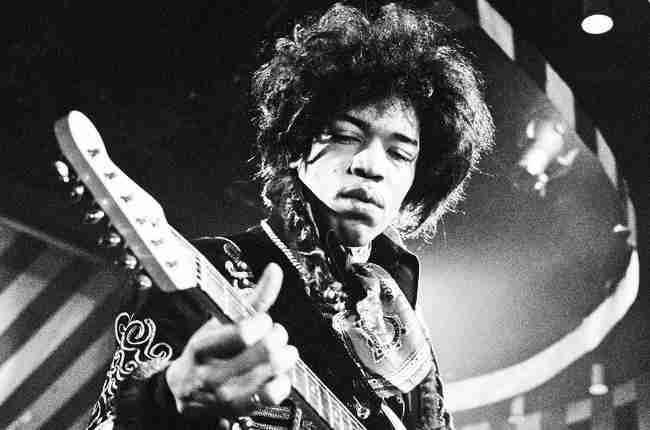 Jimi Hendrix, “Both Sides of the Sky” (Experience Hendrix/Sony Legacy)

Elvis has left the building but Jimi is still busy in the studio. Or so it would seem from the staggering number of posthumous Hendrix albums that record labels, bootleggers and — for the past two decades — his family have been releasing since his death in 1970.

“Both Sides of the Sky” is billed as the last in a trilogy gathering assorted Hendrix studio recordings, following 2010′s “Valleys of Neptune” and 2013′s “People, Hell and Angels.” Nearly the full batch comes from sessions at New York’s Record Plant between Jan. 1968 and Feb. 1970.

Ten of the 13 tracks are billed as previously unreleased, though several are alternate or instrumental versions of known Hendrix tracks.

A take on Joni Mitchell’s “Woodstock,” recorded just 42 days after the end of the festival, features Hendrix on bass, with vocals and organ by Stephen Stills. It sounds like a demo of the track released by Crosby, Stills, Nash & Young some five months later. Hendrix switches to guitar on another Stills tune, “$20 Fine,” which also sounds very CSN&Y. Or, rather, CSNY&H.

Lonnie Youngblood sings and plays the sax on “Georgia Blues,” while Johnny Winter contributes his usually excellent slide guitar to “Things I Used to Do.”

“Sweet Angel,” the oldest track here and the only one recorded in London, is an instrumental version of “Angel,” a beautiful ballad and close relation to “Little Wing.”

“Power of Soul” was mixed by Eddie Kramer and Hendrix at his own Electric Lady Studios just weeks before his death.

Hendrix was known to be a perfectionist and maybe he’d have continued tweaking the complex, upbeat, optimistic song, but it seems to provide the clearest sample of what may have come next.

Previous post Target’s remake is accelerating, at a cost