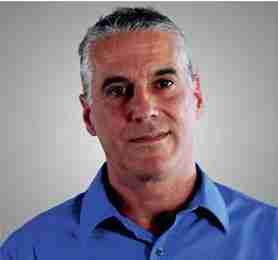 ORLANDO, Fla. – He was 40 years old, a father of three and an Orlando house painter, clean and sober for eight years. One night last summer, he climbed into his truck, stuck a needle in his arm and injected himself with what would be his final dose of heroin.

“The paramedics worked on him for a long time. and when they declared him dead, he was still clutching his last bag of the drug in his fist,” says Pastor Spence Pfleiderer. “That’s the power of addiction.”

As president and CEO of the Orlando nonprofit treatment program Central Care Mission, Pfleiderer has served seven years on the front lines of the war on drugs, fighting for those whose often-fragile grip on sobriety pits them against an unrelenting enemy.

“I tell my guys, ‘One of the easiest things in the world is get- ting you off drugs,’ he says. “It’s staying off that’s the hard part.”

Despite decades of public-awareness ads to “Just Say No,” the nation still has little to show in the battle to overcome addiction. In fact, the American Society of Addiction Medicine reports a “staggering rise” in the problem, particularly with heroin.

The failure, scientists believe, stems from a misguided mentality that addiction is a moral flaw – and that overcoming it is a matter of willpower. The reality, as brain research now shows, is far more complicated. Addiction is not only a disease, they say, it can apply both to substances such as drugs and alcohol and to behaviors.

“This is why people just can’t quit: Their brains have been changed,” says Dr. Valerie Westhead, a psychiatrist and chief medical officer for Aspire Health Partners in Central Florida. “And we’ve just really fully understood that within the past five years or so, and I don’t think the understanding is pervasive even among medical professionals. It’s going to take a while.”

Through advances in medical scanning equipment, researchers can now trace the brain’s neurotransmitter activity, energy use and blood flow as it is exposed to addictive substances. They can also see how the brain alters itself over time as it attempts to maintain normalcy despite overwhelming stimulation – which is why addicts need greater and greater quantities to experience the same result.

While addiction and physical dependence were once used interchangeably, scientists have shown the process of addiction uniquely targets the brain’s so-called “pleasure centers” by flooding them with dopamine, a neurotransmitter. The more powerful the addictive substance, and the more quickly it reaches those dopamine receptors, the more addictive it is.

“The drug becomes more important than anything else,” says Darrell Stevenson, 54, who has spent the past year in an Orlando residential treatment program, staying clean and working. The recovering cocaine addict once easily blew through $400 of the drug in a weekend. It cost him a marriage, a relationship with his children and five years in prison when, craving his next high, he grabbed a fistful of cash at a bank.

But why does someone become addicted in the first place?

Dr. Yngvild Olsen, an addiction medicine specialist who leads the public policy committee of the American Society of Addiction Medicine, says roughly half of an individual’s vulnerability to addiction stems from genetics – the way our brains are wired when we’re born. The rest is what happens along the way, including, especially, what happens very early in life.

Previous post US Rep. Brown from Florida makes last stand for her district