Seaway Bank gets another takeover by a new owner 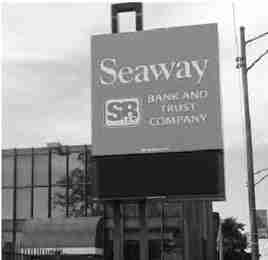 CHICAGO – Some assets of Chicago’s failed Seaway Bank and Trust have been sold again, this time to a non-profit North Carolina credit union that serves low-income and minority customers.

The State Bank of Texas took over black-owned Seaway in January when it was closed by the Federal Deposit Insurance Corp. The Dallas-based bank last week sold nine of 10 Seaway branches and about $240 million in deposits to Self-Help Credit Union.

Seaway’s $200 million portfolio of loans will stay with State Bank of Texas, along with the O’Hare International Airport branch.

Patel says the State Bank of Texas will keep the Seaway Bank and Trust name. Self-Help will be able to use Seaway for its new Chicago credit union branches.