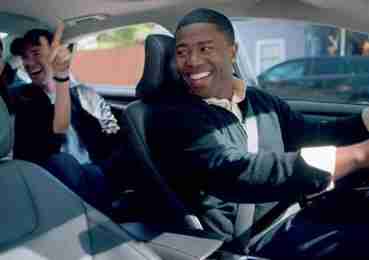 DENVER (AP)- Colorado regulators is sued an $8.9 million fine against Uber’s parent company on Monday for allowing employees with serious criminal or motor vehicle offenses to work for the company as drivers.

The Colorado Public Utilities Commission said it launched an investigation into the ride-hailing service in March after an Uber passenger said his driver assaulted him in the mountain resort town of Vail.

Within the last year and a half, the commission said it found that nearly 60 Uber drivers were allowed to work in Colorado despite having previous felony convictions. The drivers included a habitual offender, a former prison escapee and others with major traffic violations including drunk driving.

“We have determined that Uber had background check information that should have disqualified these drivers under the law, but they were allowed to drive anyway,” Public Utilities Commission Director Doug Dean said. “These actions put the safety of passengers in extreme jeopardy,” he added.

In a statement, the commission said it also found felony convictions that Uber didn’t catch, and “in other cases, we could not confirm criminal background checks were even conducted by Uber.”

Uber said in a statement that it recently discovered a “process error” that was inconsistent with Colorado’s ridesharing regulations and affected what the company called a small number of drivers. It said it notified the state and fixed the problem but did not elaborate.

“Per Uber safety policies and Colorado state regulations, drivers with access to the Uber app must undergo a nationally accredited third party background screening. We will continue to work closely with the CPUC to enable access to safe, reliable transportation options for all Coloradans,” it said.

The Colorado PUC said the $8.9 million penalty was calculated based on a $2,500 fine for each day an employee was illegally behind the wheel.

The commission said Uber can pay half of that amount within 10 days to resolve the case or it can schedule a hearing and contest the allegations before a judge.

Uber’s image has been tarnished by findings of sexual harassment of employees and multiple reports of drivers assaulting passengers.

Last week, two women who said they were sexually assaulted by Uber drivers filed a federal lawsuit in San Francisco alleging that inadequate background checks and monitoring left them and thousands of others vulnerable.