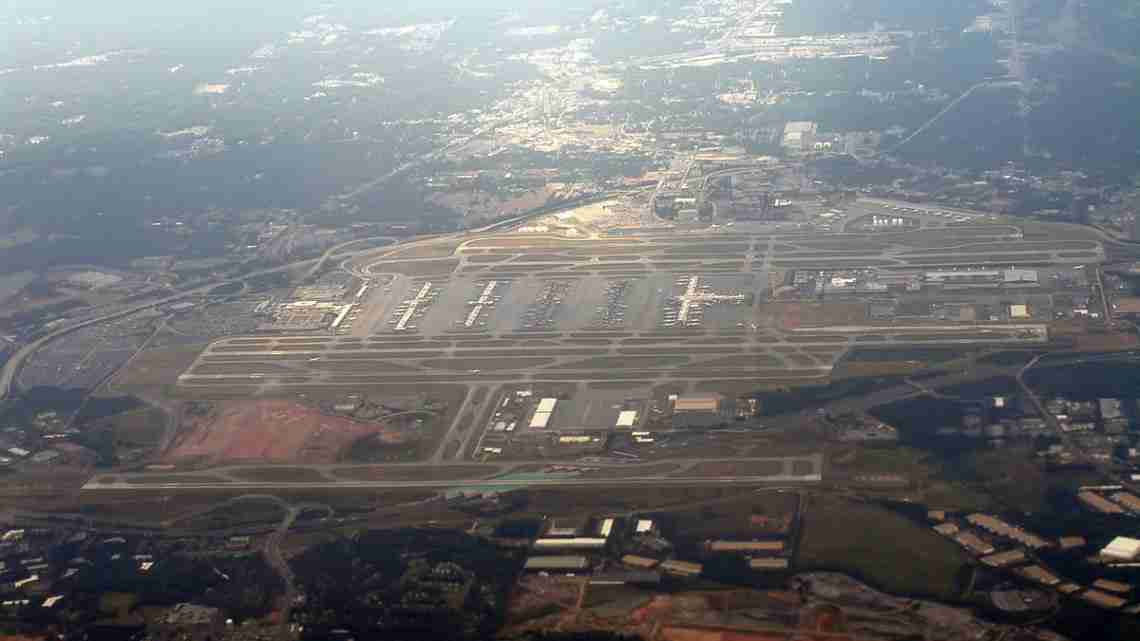 ATLANTA (AP) – A sudden power outage brought the world’s busiest airport to a standstill Sunday, grounding more than 1,000 flights in Atlanta just days before the start of the Christmas travel rush. Hours after the blackout began, authorities announced that electricity would be restored at the Hartfield-Jackson Atlanta International Airport by midnight.

Passengers at the airport were left in the dark when the lights went out at around 1 p.m. The outage halted all outgoing flights, and arriving planes were held on the ground at their point of departure. International flights were being diverted, officials said.

Delta passenger Emilia Duca, 32, was on her way to Wisconsin from Bogota, Colombia, when she got stuck in Atlanta. She said police made passengers who were in the baggage-claim area move to a higher floor. She said restaurants and shops were closed. Vending machines weren’t working.

“A lot of people are arriving, and no one is going out. No one is saying anything official. We are stuck here,” she said. “It’s a nightmare.”

According to a Georgia Power statement, a fire in an underground electrical facility may have been responsible for the outage. The cause of the fire was not known.

“No personnel or passengers were in danger at any time,” the statement said.

No areas outside of the airport were affected by the power loss. The utility said that there are “many redundant systems in place” to ensure the power supply to the airport and that such outages at the airport “are very rare.”

That wasn’t enough to comfort Jeff Smith, 46, of Pittsburgh, who ended up stuck in a plane on the tarmac for three hours after it landed.

“This is the worst experience I’ve ever had at an airport,” he said.

By evening, power had been restored to at least one concourse. On its Twitter page Sunday night the airport tweeted, “Power on Concourse F is back ON! We are working with great urgency w/ (at)GeorgiaPower to restore power throughout rest of airport.” Airport workers were distributing bottled water, and Dunkin’ Donuts was giving out doughnuts.

Officer Lisa Bender of the Atlanta Police Department said officers were at the airport to help with crowd control and managing traffic around the airport.

Delta Air Lines, which has its hub at the airport, said about 900 mainline and connection flights were cancelled, and 48 flights were diverted. Delta temporarily embargoed unaccompanied minors from traveling Monday.

At Southwest Airlines, about 70 Atlanta departures out of 120 scheduled for Sunday were cancelled, an airline spokesman said in an email. United Airlines and JetBlue Airways were among carriers reporting delays or cancellations.

Mozell Smith, 58, of Atlanta arrived at the airport hours after the electricity went off. He was headed to Las Vegas with a sister and a friend.

“This is terrible. I wish someone would’ve given us a heads-up before we got to the airport,” he said. “I wish there would have been better communication.”

American Airlines reported only a handful of diversions and cancellations because the carrier does not use Atlanta as a hub, airline spokeswoman Alexis Aran Coello.

Hartsfield-Jackson, which serves 104 million passengers a year, is the world’s busiest airport, a distinction it has held since 1998.

The airport serves an average of 275,000 passengers daily, according to its website. Nearly 2,500 planes arrive and depart each day.

Next post Bitcoin futures slide after trading debut on CME