The secret of their success? Finding a unique niche, antique barber chairs 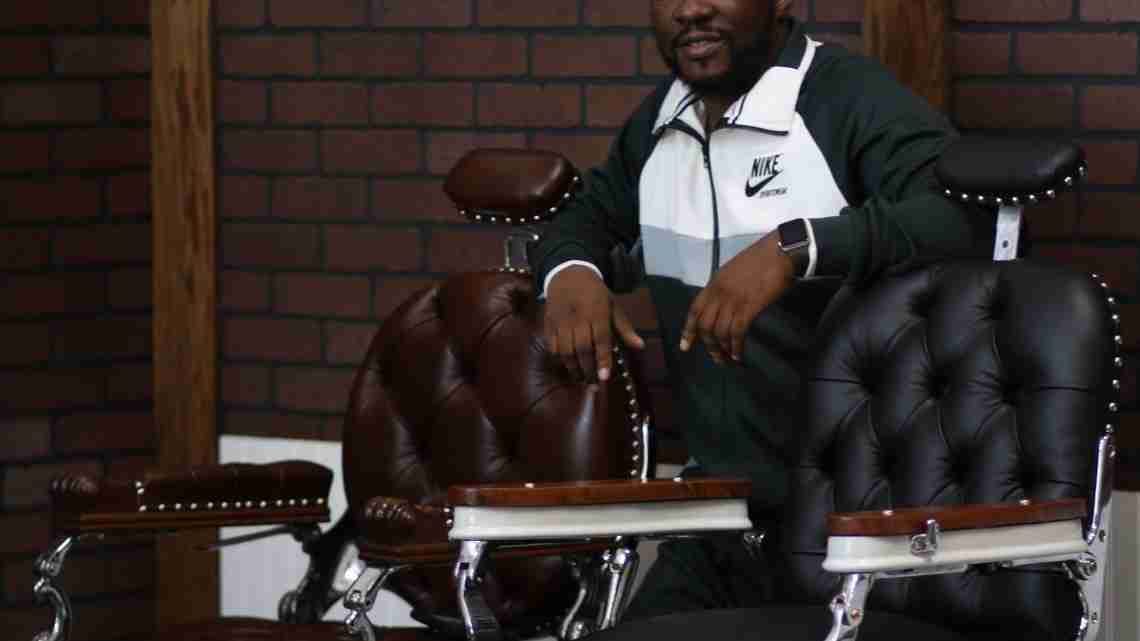 Not many were on board when Jon McDaniel decided to honor his late father-in-law by…. having his 1950s barber chair restored. Who does that? was the common refrain. And, then, they saw the finished product. “Amazing,” Jon McDaniel, said with a hint of satisfaction. His friends quickly agreed.

McDaniel admired his wife’s father, Dan Stringer—a World War II navy veteran, who enlisted the day after the Pearl Harbor attacks. A patriot at heart, he joined when the navy had few African Americans, on shore or at sea. He just knew he would be needed. Stringer learned to be a barber while serving overseas. When he returned to his native Cherokee County, some 40 miles north of Atlanta, he bought a Kohler Presidential barber chair and started cutting hair in his basement. (His day job? County Sheriff.)

With a life story like that, McDaniel knew his father in-law, who passed away 29 years ago, needed a unique memorial. He weighed many different ideas. Eventually he thought of discarded, dusty hunk of metal in the basement—Stringer’s old barber chair.

To McDaniel’s surprise, there is a mini-industry devoted to restoring barber chairs. He found Custom Barber Chairs, a three-man company that specialized in resurrecting barber chairs that are older than Sidney Poitier.

A few weeks later after CBC picked up his rusting relic, McDaniel visited their Atlanta-area shop.

“The chair was laid out in a million pieces,” he said. “I thought, ‘Oh, my god.’” By the time Sid Tutani, one of CBC’s owners, had worked his magic, McDaniel uttered the same expression, only in a different context.

The restored throne boasted McDaniel’s beloved Georgia Tech logo in the center of the back, chrome and porcelain details, and hydraulics that worked like new. “It was the best thing I could have done,” McDaniel said. “He [his father in law] meant so much to me and did so much for the country. His chair is probably better now than it ever was. When people come to my ‘man cave’ downstairs, it is a showstopper.”

McDaniel paid $5,200 to restore his father-in-law’s legacy. “Worth every penny,” he said. “When (Stringer’s son), who didn’t want the chair, saw it, he almost had a fit. It’s beautiful.” McDaniel’s is just one of many, as Custom Barber Chairs has flourished in its unique business niche.

The business began eight years ago, when Kwame Innis noticed a photo of an antique chair in an obscure magazine. Impulsively, he bought a 1930s model for his home, but found it difficult to find someone to refurbish it.

Exasperated, he called friends Tutani in Atlanta and Rohan Balgobin in Houston, fellow photographers and website designers. He hoped they would see his vision and be willing to learn how to teach themselves—through trial and error—to restore vintage barber chairs.

“Friends I could really trust because I knew this could take off,” Innis said. Tutani and Balgobin quickly came onboard.

“I was open to the idea because at the time, I had moved from New York to Texas and things had slowed down,” Balgobin said. “And I was always good with my hands, fixing things and working with my Dad at his mechanics shop. And I liked the idea of us black men doing something with antiques. We carved a space.”

Tutani, however, did not see it that way. Not at first. “I was like, “What? Restore barber chairs? What? But pretty quickly, I got it. It was a unique niche.”

Their story is more fascinating because the men had no training and could not find classes on how to renovate the chairs. So, they taught themselves, learning as they went, and a couple of YouTube videos that gave pointers on a few elements of the unique chairs.

Over time, they perfected the craft. “There were no formal classes anywhere,” Balgobin, 46, said. “The companies that made the chairs had all closed. We found some schematics on Google Patent, but nothing on how to fix them. We just learned over time.”

Innis, 51, said: “It took us about eight months to restore that first chair. It was trial and error. I probably spent $7,000 on that chair. Knowing what I know now, it probably should have cost about $2,000. But I love the chair.”

Innis explained his motivation. “It took me back to my childhood when my grandfather would take me to the barbershop.”

Now, they have customers from across the globe. They have restored and shipped chairs to Africa, Australia, Canada, Europe and South America as well as many of these United States.

They said, ironically, most of their clients are collectors who desire to have an antique chair in their home or “man cave” instead of the traditional recliner.

It can take up to six months to complete a thorough job and cost up to $12,000 to restore a chair, Innis said, making it a luxury item, not a need.

“We take the chair apart, fix the upholstery, sand blast the porcelain, polish the metal and rebuild the hydraulics,” he explained. “It’s almost like (the TV show) Pimp My Ride. The work we do depends on what the customer wants.”

They have produced chairs with the Sistine Chapel emblazoned on it, company logos, “just about anything you could want,” Tutani said. “With the right budget, we can do anything imaginable.”

Seventy percent of their clients, Innis said, are individuals, including athletes and artists, who simply want a chair because it is unique. A conversation piece. A nostalgic memento. A comfortable place to the game. It was startling at first to learn there was a demand for antique barber chairs for home use. But then Innis remembered that was how he ultimately was attracted to the business.

“The people who can afford it and who appreciate the work put into it get them,” Innis said. “It’s not a bargain item. It’s a luxury item, a want, not a need. So, we find ourselves doing less work for barber-shop owners and more for collectors.”

The team find chairs to restore at estate sales, barns, old lots, people’s attics while clients find them through Internet searches. “There are not many out there doing what we do,” Innis said. “But there are a lot of men with disposable income who appreciate the craftsmanship and want our chairs.”

Next post Hundreds of Floridians show up for offshore drilling protest