US judge in Vegas: Evidence tainted in web gambling case 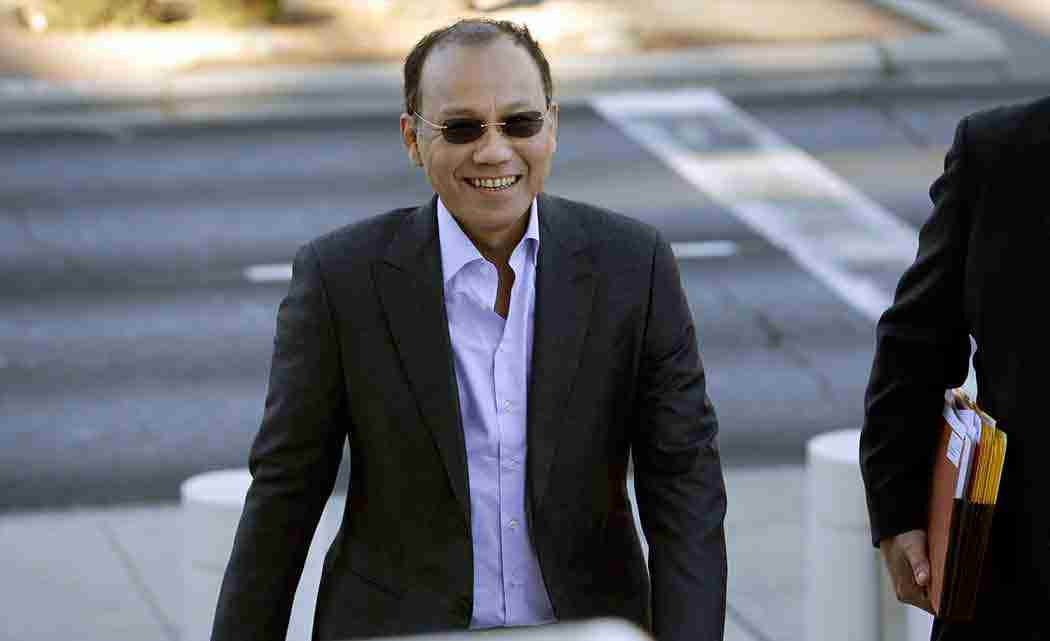 LAS VEGAS (AP) — Undercover FBI and Nevada regulatory agents misled a federal judge and violated the rights of a wealthy Malaysian businessman and his son by posing as Internet repairmen to get into Las Vegas Strip hotel rooms in a gambling probe last summer, a U.S. magistrate judge said.

In a case with Fourth Amendment implications, U.S. Magistrate Judge Peggy Leen said evidence the agents collected as a result of the ruse didn’t justify the deception used in the case involving Wei Seng “Paul” Phua and his son, Darren Wai Kit Phua.

Leen called for evidence to be thrown out. She previously acknowledged the likelihood that her decision would be appealed.

U.S. District Judge Andrew Gordon would make a final ruling on the evidence and preside if there is a trial.

There was no immediate reaction from federal prosecutors or the FBI to Leen’s strongly worded ruling, dated Friday and posted Monday in Las Vegas.

A defense attorney said that without evidence, the entire case should be dismissed.

“This is a complete repudiation of law enforcement officers not following the Constitution and fully informing judges of their activities,” said David Chesnoff, who along with defense attorneys Thomas Goldstein of Washington, D.C., and Richard Schonfeld maintain that the Phuas did nothing wrong.

“I’m sure the government recognizes that without evidence it’s hard to try cases,” Chesnoff said.

The Phuas have pleaded not guilty to transmission of wagering information and operating an illegal gambling business. Combined, the charges carry the possibility of up to 14 years in prison.

The defense maintained during four days of hearings in December that entry by the agents into three Caesars Palace resort villas, including one occupied by the Phuas, was an unconstitutional warrantless search of private property.

“A search warrant is never validated by what its execution recovers,” Leen wrote in her 32-page recommendation that Gordon dismiss evidence in the case as fruit of a poisoned tree. “The search warrant is fatally flawed and lacks probable cause to support the search.”

The magistrate judge faulted Minh Pham, the FBI agent who applied for a warrant, for failing in his application for a warrant to mention that the repairmen ruse had been used to provide enough description of what investigators believed was an Internet gambling boiler room.

“It borders on the ridiculous,” Leen wrote, for the government to argue the judge who issued the warrant could have figured out the ruse because it was timed to coincide with FIFA World Cup soccer matches.

It also overstated the suspected link to illegal gambling activities, Leen said, and lumped the Phuas in one suite with others who appeared to be with them in suites where computers were being used.

“Repeated use of the phrase ‘Phuas and associates’ is materially misleading,” Leen wrote. “The affidavit took every opportunity to suggest that Paul Phua himself made requests and engaged in conduct which he had not.”

The judge characterized other errors and misleading statements in the affidavit as “reckless.”

Pham testified in December that the FBI was aware of Phua before his arrest June 18 in the Chinese gambling enclave of Macau on similar allegations of illegal wagering on World Cup soccer games.

Phua flew days later to Las Vegas, where the government contends the Phuas headed a gambling operation that handled some $13 million in illegal bets before their arrests July 13.

Pham and prosecutors said the investigators thought they had permission from hotel employees to enter the Caesars Palace suites.

The Phuas were released two weeks after their arrests on a combined $2.5 million bail posted by friends, including poker professional Andrew Robl and 10-time World Series of Poker champion Phil Ivey.

Next post Cops: Man killed supervisor so she couldn't report his theft