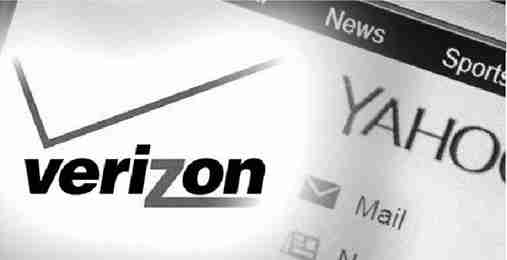 SAN FRANCISCO – Verizon demanded a $925 million discount on its acquisition of Yahoo’s online services to help offset the damage from the biggest data breaches in internet history. It ultimately settled on a $350 million concession.

Yahoo disclosed new details about its negotiations with Verizon in a regulatory filing Monday. The filing doesn’t say why Verizon accepted the lower figure, which was previously announced.

The companies struck a $4.83 billion deal last July, but re-opened talks after Yahoo revealed that personal information had been stolen from more than one billion of its users in two separate hacking attacks during 2013 and 2014. The breaches were the two biggest in internet history.

Monday’s filing also revealed that Yahoo CEO Marissa Mayer will receive a $23 million severance package if she doesn’t work for Verizon. It’s lower than the $44 million valuation disclosed in September because $21 million in stock options and other awards have vested in Mayer’s account since then.

Yahoo recently said it won’t be paying Mayer’s annual bonus or give her a potentially lucrative stock award because an investigation concluded her management team reacted too slowly to one breach discovered in 2014.

Verizon had agreed to buy Yahoo’s online business following a long slump at the internet company. What’s left, including lucrative stakes in Chinese e-commerce giant Alibaba Group and Yahoo Japan, will be part of a company to be called Altaba Inc.

Yahoo Inc. said in a separate filing Monday that Thomas McInerney will be CEO of Altaba. McInerney has been on Yahoo’s board since April 2012 and has worked at IAC/InterActiveCorp and Ticketmaster.