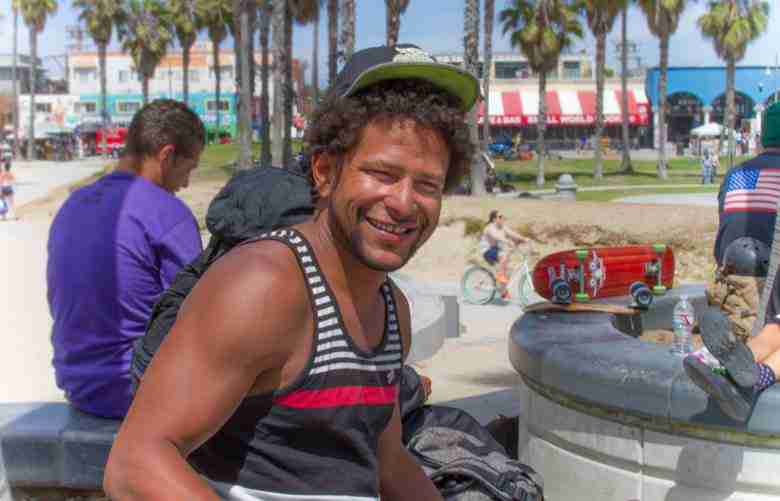 LOS ANGELES (AP) – The Los Angeles police chief has recommended criminal charges against an officer who shot and killed an unarmed homeless man.

The decision came after investigators concluded that Brendon Glenn was on his stomach trying to push himself up on May 5 when Officer Clifford Proctor shot the 29-year-old New York native in the back, Lt. John Jenal, a police spokesman, said Monday.

Investigators also found that Glenn wasn’t trying to take a gun from Proctor or his partner when he was shot. Proctor’s partner told investigators that he didn’t know why the officer opened fire, Jenal said.

The officers were not wearing body cameras, but the shooting was captured on surveillance video. Police have declined to release the footage.

Jenal said police Chief Charlie Beck made the recommendation on charges last month to Los Angeles County District Attorney Jackie Lacey. She will decide whether to charge Proctor and does not have to follow Beck’s recommendation.

Lacey said it’s her ethical obligation to remain impartial until her office finishes its own investigation.

“Decisions on whether or not to file criminal charges will be based solely on the facts and the law, not on emotion, anger or external pressure,” she said.

Possible charges could range from assault with a deadly weapon to manslaughter or second-degree murder, Jenal said.

The shooting drew angry protests and came amid tensions nationwide over police killings of unarmed black men. Both Glenn and Proctor are black.

The shooting marked the first time Beck has recommended charges against an officer who fatally shot someone while on duty. More than 100 such shootings have occurred since Beck became chief in late 2009.

Proctor’s attorney, Larry Hanna, did not return calls from The Associated Press seeking comment but told the Los Angeles Times that Proctor saw Glenn going for his partner’s gun. The decision to recommend charges against Proctor was political. Hanna said.

“There’s a lot of people out there who want to see officers tried for any type of shooting,” Hanna said. “When an officer is making a split-second decision and he sees somebody going for his partner’s gun … the officer’s perception is very crucial here.”

Glenn was among 21 people fatally shot by Los Angeles police in 2015, when the overall number of officer-involved shootings in the nation’s second-largest city increased by 52 percent.

Jenal said a number of circumstances set the shooting apart from others that have drawn criticism but no charges.

“In this case, the chief is describing that in his mind, the suspect was down, trying to push himself up, and the evidence gathered, witness statements and video, shows that the officer’s statement that the suspect was going for a gun is not substantiated,” Jenal said. “In the other ones … the facts show that the officers were in the right and justified in using deadly force.”

Civil rights leaders praised Beck’s recommendation, while the president of the union that represents Los Angeles police officers criticized it.

“The chief should stay out of it, for or against,” said Craig Lally, president of the Los Angeles Police Protective League.

“I don’t think any chief of police in any city should say one way or another to prosecute or not to prosecute,” he said. “Let (District Attorney) Jackie Lacey determine if there’s enough evidence for a filing.”

Mayor Eric Garcetti said in a statement that he hopes Beck’s recommendation is “considered with the utmost gravity.”

“No one is above the law, and whenever use-of-force crosses the line, it is our obligation to make sure that principle is upheld,” he said.

Glenn’s confrontation with police began late at night on a block lined with bars and restaurants, when two officers responded to a 911 call saying a man had been arguing with a bouncer who wouldn’t let him into a bar and was hassling passers-by, police said at the time.

The officers spoke to Glenn, who began walking away but then came back and began struggling with someone on the sidewalk, according to a police news release. The officers were trying to detain Glenn when the shooting occurred.