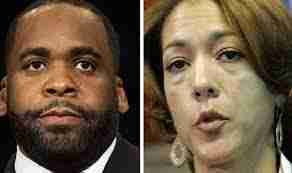 DETROIT – The former chief of staff to ex-Detroit Mayor Kwame Kilpatrick is scheduled to appear in a TV series.

Christine Beatty is among those being featured in “From the Bottom Up,” which chronicles the lives of women trying to turn their lives around.

Beatty’s attorney Mayer Morganroth tells The Detroit News that it’s “a very nice thing for her” and “brings her out of several years of sadness” back into public life.

Beatty resigned in 2008. She and the married Kilpatrick both served jail sentences for lying in court about an affair following a text-messaging sex scandal.

Kilpatrick is serving a 28-year sentence after his conviction on corruption charges.