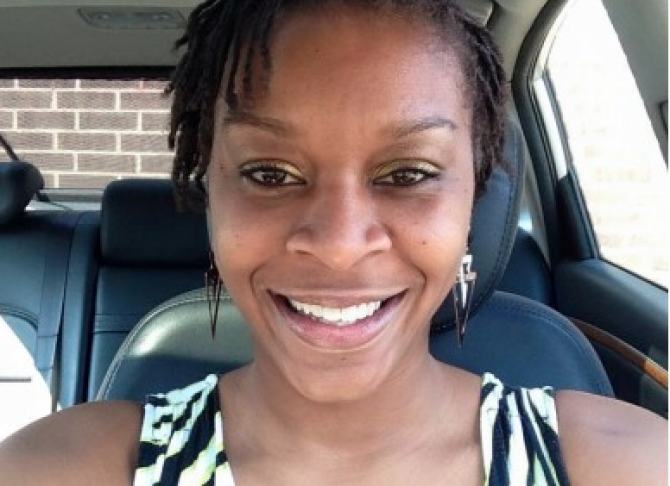 HEMPSTEAD, Texas (AP) – A grand jury decided on Monday that no felony crime was committed by the sheriff’s office or jailers in the treatment of a black woman who died in a Southeast Texas county jail last summer.

But prosecutor Darrell Jordan said the Waller County grand jury reached no decision on whether the trooper who arrested 28-year-old Sandra Bland should face charges. The grand jury will return in January to consider that issue.

The Chicago-area woman was pulled over July 10 by a Texas state trooper for making an improper lane change. Dashcam video showed their interaction quickly became confrontational and she was arrested for assault.

Bland was taken in handcuffs to the county jail in nearby Hempstead, about 50 miles northwest of Houston, and remained there when she couldn’t raise about $500 for bail. She was discovered dead in her jail cell three days later, hanging from a cell partition with a plastic garbage bag used as a ligature around her neck.

Bland’s relatives, along with supporters fueled by social media postings, questioned a medical examiner’s finding that Bland killed herself. Cannon Lambert, an attorney representing Bland’s family, said Monday the decision is consistent with what the family believes has so far been an attempt by authorities to cover up the events after Bland’s arrest.

“They continue to do things we are disappointed in,” he said.

Bland’s mother and sisters spoke at a news conference in Chicago before Monday night’s announcement, where they said they had no faith in the grand jury.

Bland’s mother, Geneva Reed-Veal, said she wants to see all the evidence and is frustrated by delays in the case. Attorney Larry Rogers acknowledged grand juries usually meet in secret, but said the process “screams of a cover-up.” He said lawyers haven’t been able to examine a Texas Rangers report on the incident because it’s grand jury evidence.

In the days after her death, county authorities released video from the jail to dispel rumors and conspiracy theories that Bland was dead before she arrived at the jail or was killed while in custody. County officials said they themselves received death threats.

Her arrest and death came amid heightened national scrutiny of police and their dealings with black suspects, especially those killed by officers or who died in police custody.

“Having an independent committee to evaluate the case, that can be a positive thing in a situation like this,” Brian Serr, a law professor at Baylor University said.

Among evidence presented in the secret grand jury proceedings were the findings of a Texas Rangers’ investigation.

“There’s nothing in there that shows anything happened but she killed herself,” Mathis had said.

Lambert said late Monday he believes prosecutors’ decision to have the grand jury return in January is another attempt to delay releasing the report. He said he expects to file a motion in court asking a judge to compel Texas authorities to turn over the document.

Royce West, a Dallas Democrat who has been a vocal leader in the case, and one of two black Texas state senators, also had said he was “comfortable” with the medical examiner’s determination.

But Bland’s mother, Geneva Reed-Veal, filed a wrongful death lawsuit in federal court in Houston against the trooper, the Texas Department of Public Safety, Waller County and two jail employees. State lawyers have asked a judge to dismiss the lawsuit.

The Bland family attorneys contend Waller County jailers should have checked on her more frequently and that the county should have performed mental evaluations once she disclosed she had a history of attempting suicide. In her lawsuit, Reed-Veal also contends that the trooper who arrested her daughter, Brian Encinia, falsified the assault allegation to take Bland into custody and that jail personnel failed to keep her daughter safe.

County officials have said Bland was treated well while locked up and produced documents that show she gave jail workers inconsistent information about whether she was suicidal.

Encinia, who in June completed a year-long probationary stint as a new trooper, has been on administrative duty since the Bland death.

Dashcam video from his car showed Encinia at one point holding a stun gun and yelling at Bland, “I will light you up!” after she refuses to get out of her car. The director of the Department of Public Safety, Steve McCraw, has said Encinia violated internal policies of professionalism and courtesy.

Melissa Hamilton, visiting criminal law scholar at the University of Houston, said Bland had no legal right to remain in her car after the trooper ordered her out.

“Whether you like it or not, the Supreme Court has made it clear police are in charge at a traffic stop, and they can make anybody get out of the car, driver or passenger, for no reason whatsoever,” she said. “The idea for that is to allow police to control a potentially dangerous situation.”