Rep. Darryl Rouson is co-counsel in the Barbara Dawson case 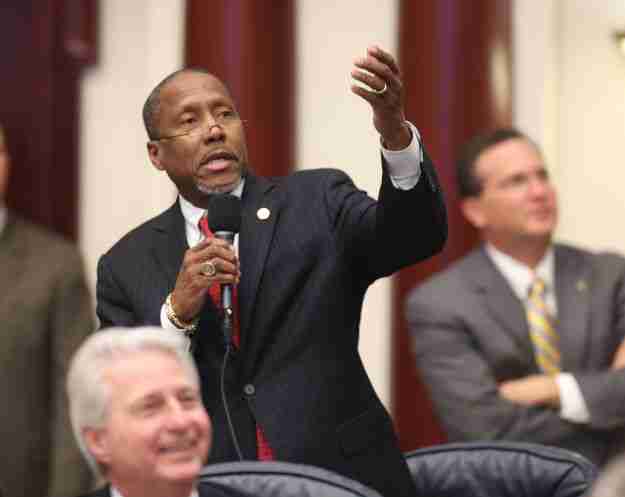 TALLAHASSEE – A woman who collapsed after police arrested her for refusing to leave a Florida hospital when doctors discharged her died from a blood clot in her lung, officials said Wednesday.

Barbara Dawson passed away Monday from a blood clot that officials say “can be impossible to treat,” but the family is pointing the blame directly at the hospital and the cops.

Police say Barbara Dawson, 57, collapsed Monday while being escorted in handcuffs from the Liberty Calhoun Hospital, where she went for treatment for breathing difficulties.

In a statement Wednesday, Blountstown police Chief Mark Mallory said the medical examiner’s office in Panama City found that Dawson died from a blood clot due to being excessively overweight.

Dawson was arrested after she refused to leave the  hospital is going to file a lawsuit “very soon,” their lawyer said.

St. Petersburg state Rep. Darryl Rouson is serving as co-counsel for the family of Barbara Dawson.

The autopsy report, police report and dashcam footage of the incident have not been released.

Mallory said the officer who arrested Dawson removed the handcuffs after she collapsed and escorted her back into the hospital.

“We were told by a doctor once she got back in the hospital that her vital signs were good and it was their decision to readmit her,” he said in a phone interview. He said the dashcam footage from the officer’s car does not show the incident but does pick up the audio.

Florida Department of Law Enforcement officials have been called in to investigate, department spokesman Steve Arthur said. He declined to comment further.

Published reports says Ruth Attaway, administrator and CEO of the 25-bed hospital, said staff did everything they could for Dawson.

“They did their best trying to save her,” Attaway said. “Our staff was very aggressive with her treatment.”

While doctors initially thought Dawson was stable and should be released, she felt as if she still had breathing issues and wanted to stay, said Tallahassee attorney Daryl Parks, who is representing Dawson’s family.

“The most reasonable thing to do is to let her sit there and be able to settle down until she felt well. Instead, she is forcibly removed and put in cuffs,” Parks said. “The early facts of this case should cause a great concern for everyone.”

Landry said he and others are glad state law enforcement officers are getting involved, “but we strongly believe the death was due to negligence by the police department and hospital.”

The incident comes amid increased scrutiny of police treatment of blacks in the wake of several high-profile police-involved deaths. Dawson was black, the family’s lawyer said. Mallory said the officer who arrested her is a white man and is on his regularly scheduled days off.