A look back in time at Washington’s education lawsuit 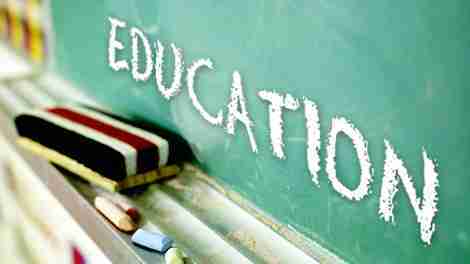 SEATTLE (AP) _ The Washington Supreme Court has been involved in state education spending for many years. The 2012 McCleary decision started the newest round of discussion, but the debate in Washington goes back nearly 30 years. Here are highlights.

1978: The Washington Supreme Court rules the state is not sufficiently funding basic education for public school children in a lawsuit brought by the Seattle School District. In the decision commonly known as the Doran decision, the court specifically mentions the state’s overreliance on local property-tax levies to pay for education.

1980: As a result of the Doran decision, the state increases the amount it contributes to education spending.

1983: Doran decision No. 2 expands the definition of basic education to include special education.

1993: The Legislature passes the Education Reform Act, setting new standards for basic education, laying the groundwork for judging schools and students based on standardized tests. But it does not fix the education funding system to pay for those reforms.

2005: Gov. Chris Gregoire commissions a Washington Learns study to make recommendations for improving the education system. This is the first of a series of state studies charged with fixing the state’s education system.

2007: The Network of Excellence in Washington Schools files a lawsuit on behalf of the McCleary and Venema families, which later became known as the McCleary lawsuit.

2010: Erlick rules that the way Washington state pays for public education is unconstitutional.

2011: State appeals McCleary decision directly to the Washington Supreme Court. Hearing is held before the court.

2012: Washington Supreme Court rules unanimously that the state is not meeting its constitutional duty to amply fund K-12 schools. The court retains jurisdiction over the case and sets a deadline of 2018 for meeting the requirements of the ruling. The Supreme Court orders the Legislature to send in a progress report after each of the next legislative sessions. In December, the court says the Legislature’s first report is inadequate.

2014: After another two reports from the Legislature, the Supreme Court in September finds the state is in contempt for failing to comply with the court’s January 2014 order to turn in a complete plan on how it will meet the McCleary requirements. The court delays issuing sanctions until after the 2015 Legislature.

July 10, 2015: The Legislature adjourns a triple-overtime session with $1.3 million in the state budget for education but no formal plan for finishing the work assigned by the Supreme Court in the McCleary decision.