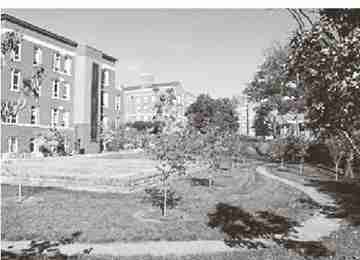 The site of the historic “Kitty” Foster home at University of Virginia.

CHARLOTTESVILLE, Va. – An archaeological site at the University of Virginia with ties to a free African American antebellum household is among the latest entries on the state’s landmarks register.

archaeological features and artifacts associated with Catherine “Kitty” Foster, an African American seamstress. She purchased the residential property in 1833.

The nearly 3/4-acre site evolved as a free African American community called “Canada.” The Foster family occupied the site until the land was sold in 1906.

Features found at the site include a brick fire box and chimney base and a domestic basement. The site also contains the remains of what is believed to have been a smokehouse.

The Foster property in Charlottesville is among five sites added to the register.