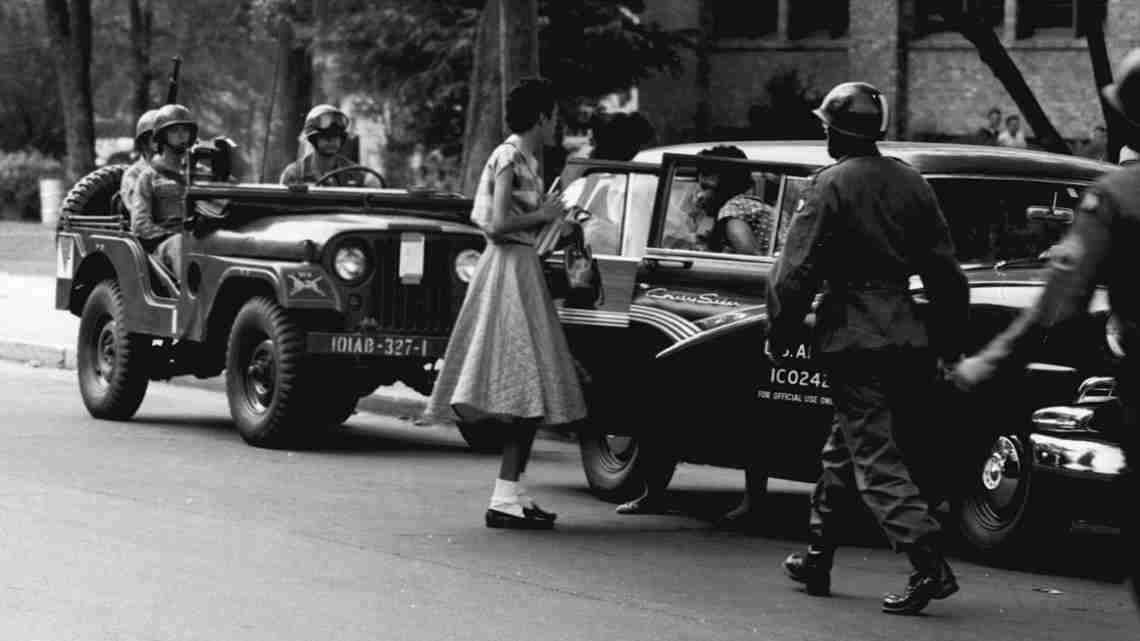 LITTLE ROCK, Ark. (AP) – A ceremony Monday marking the 60th anniversary of the integration of Little Rock Central High School included eight of the nine people who integrated the school and an empty chair for the one who has since died.

When the school was integrated in September 1957, nine black teenagers had to be escorted by troops past an angry white mob. One of the Little Rock Nine, Jefferson Thomas, died in 2010, and an empty chair sat on the stage at the school Monday next to where the eight surviving members sat. The seat for Thomas was draped with a sash of gold and black, the school’s colors.

Henry Louis Gates Jr. of the Hutchins Center at Harvard praised the nine for their courage in the face of angry mobs who opposed integration of the then all-white school.

“I feel like I’m visiting a religious shrine,” Gates said, “This is a shrine. These are the saints.”

President Dwight Eisenhower sent units of the 327th Infantry, 101st Airborne Division, to escort the students and hold back the angry crowds after then-Arkansas Gov. Orval Faubus had called out the Arkansas National Guard to prevent the nine from entering the school.

Mayor Mark Stodola told the crowd gathered Monday that the desegregation crisis “is part of our history, but it does not have to be our legacy.”

Former President Bill Clinton delivered the keynote speech. He said the Little Rock Nine simply wanted to be a part of America and a part of the wider world.

The former president said genetic research shows that all humans are essentially the same and that people shouldn’t fight over the half percent that is different.

Clinton also said that nearly all of the world’s religions teach that, after the love of God, the love of neighbor is next in importance.

He asked: “What is the matter with us?”

As the ceremony opened, the student body presidents from the city’s five public high schools led the crowd in the Pledge of Allegiance and the local school district’s spokesman sang the national anthem. All of the dignitaries and the 100 or so students on stage stood throughout.

For more on the Little Rock Nine, including historical stories and photos, and video interviews with people who lived through the era, visit http://www.apnews.com/tag/LittleRockNine .

Previous post Liz Weston: Are you a yo-yo debtor? Ways to break that cycle