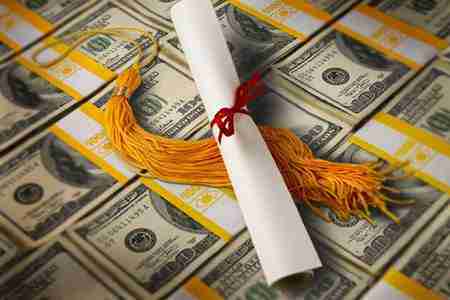 After an old knee injury sidelined a cheerleading scholarship offered at Kutztown University, he took a year off before enrolling at Cheyney in Delaware County, one of the nation’s more than 100 historically black colleges and universities.

“I know it’s crazy, but I cried when I first got to campus,” said Meade, now 20 and about to enter his second year at Cheyney. “I always wanted to go to an HBCU. Cheyney gives students who maybe aren’t the brightest, aren’t the strongest, a chance to thrive and succeed. Finally having that opportunity to start school and be able to do well. … It was overwhelming.”

Meade is walking in the footsteps of thousands of others who have attended Cheyney since it was founded almost 200 years ago to “instruct the descendants of the African Race in school learning,” as founder Richard Humphreys wrote in his will. One of 14 state-owned universities in the State System of Higher Education, it began offering higher education degrees in the early 1900s.

But now questions about the university’s financial and academic stability leave the institution at a critical crossroads.

The university is on its third line of credit from the State System of Higher Education _ this one for $6.5 million after two similar ones _ to help cover its daily operations into 2016. Its financial aid polices are under scrutiny to see whether any money needs to be returned to the U.S. Department of Education after the university failed to adequately track federal student aid over the course of three years. Its administration has had high turnover, with nine acting, interim and long-term presidents in the past 14 years.

The university declined to comment on any definite plans to turn the school around, although state officials are talking about collaborating with West Chester University, another member of the system, located about six miles away. Robert Bogle, chairman of the Cheyney University Council of Trustees, said there has been “a lot of talk,” but he has yet to see a detailed short-term and long-term sustainability plan to outline the university’s next steps that is “agreed upon” by the State System and Cheyney representatives.

A coalition of students, alumni and community activists _ called Heeding Cheyney’s Call _ is pushing for change through a civil rights lawsuit filed in November. The suit mirrors previous ones from the early 1980s and late 1990s, arguing Cheyney has not received a fair share of government resources.

Cheyney stakeholders agree that the issues the university is facing did not emerge overnight but are largely a reflection of years of fighting for equitable treatment and funding.

“People think Cheyney is about to close,” said Junious Stanton, former Cheyney University Alumni Association president. “It’s underfunding of a much higher need to where we’re forced to take minimal resources and put Band-Aids on the problem instead of really addressing and solving the problem. The situation is unsustainable.”

In the face of such challenges, attracting and retaining more students is vital to the historic institution’s future.

The student body is made up mostly of Pennsylvania residents _ one third come from Philadelphia _ and is largely low-income. In 2013, more than 90 percent of the student body received financial aid and 77 percent received Pell Grants, federal need-based grants.

In July _ a time when most college-bound students were flipping through dorm assignments and course booklets of their chosen schools _ the university was continuing its efforts to recruit more students for the fall semester.

The university extended the general admission deadline to Wednesday, little more than two weeks before the start of the fall semester. Officials also advertised open slots for the university’s Keystone Honors Academy on its website on July 16.

The honors academy _ a key recruiting tool _ offers full scholarships, including tuition, room and board, fees and a laptop, for qualifying students. It also serves as a feeder program for the Bond Hill Scholarship program, which allows recipients to pursue a graduate degree at three partnership universities: Penn State University, Temple University and the University of Pittsburgh.

The article touted the scholarship as “one of Pennsylvania’s best-kept secrets” with testimonies from former scholars, including former student body president Chris Carter, now 26, who was recruited for the honors academy as a senior at Pittsburgh Allderdice High School in 2006-07.

However, his first impression of the campus when he arrived in fall 2007 was almost enough to make him relinquish the full academic scholarship and transfer to one of three other schools _ Pitt, Howard University and Duquesne University _ that accepted him.

In his freshman dorm, Yarnall Hall, the ceiling leaked when it rained. The tiny rooms had no air-conditioning. Steam heat caused the floors to dampen as they warmed. The building has been demolished, and the university has since built a new dormitory and science building, but many of its facilities are in a similar state of disrepair, he said.

“In my first semester, I had a really hard time getting over the state of the facilities,” he said. “It was hard to overlook the fact that none of our buildings looked brand new. I’d toured other campuses within the State System, so I couldn’t help but wonder why do we look like this when every other school looks like that?”

By his second semester, he found himself at home.

He played trumpet in the marching band and began to connect with his classmates. His professors became mentors and friends.

“I was so used to being the only black student in my honors classes in high school that, when topics like affirmative action and police brutality came up, I felt like I had to fight to be heard,” he said. “(At Cheyney), I felt like there was a common ground with the understanding of struggles of African-Americans. When you have those connections, those positive, life-changing experiences on campus … that’s what keeps you there. That’s what makes you want to stay.”

By the time Carter graduated from Cheyney in 2011, he was first chair for jazz and concert bands, belonged to the campus chapter of the NAACP, had served as student body president and received the Bond Hill Scholarship to pursue a law degree at Pitt.

The inequities he noticed between Cheyney and the other 13 universities _ all predominantly white _ within the State System of Higher Education went from being a source of discouragement to a catalyst for him to seek increased funding and support.

In spring 2011, towards the end of his term as student body president and just a few months before Carter was scheduled to graduate, Corbett’s administration announced plans to eliminate all state funding for both the Keystone Honors Academy and the Bond Hill Scholarship. Carter, along with the student government administration, organized a student walkout to protest the cuts and a statewide student protest in Harrisburg. Public outcry from students, faculty, alumni and supporters helped deter the measure.

The honors program was first developed in 1999 from a lawsuit initiated on behalf of Cheyney accusing the State System of underfunding Cheyney.

A settlement was reached between Cheyney and the state: The state would provide additional funding to the university to be used for renovations and updated facilities and more academic programs.

Stanton, a founding member of HCC, said, “We’re the stepchild of the system. They’ve essentially stood aside and watched the university go under.”

At a State System board of governors meeting in June, Ken Mash, president of the Association of Pennsylvania State College and University Faculties and a professor at East Stroudsburg University, told the board the Cheyney faculty has been forced to work in “conditions that would be intolerable” at other the other universities.

“None of us should allow what has happened to continue to go on. We have all failed that university and its students at this point,” he said.

Alicia Brumbach, spokeswoman for the State System chancellor’s office, defended the resources committed to Cheyney in a prepared statement.

Stanton also cited a lack of strong leadership within the university to help “stem the hemorrhaging.” The latest interim president, Pogue, took over after the abrupt retirement of former president Michelle Howard-Vital in July 2014 after a seven-year term.

“There have been so many areas where the university either departmentally or collectively was in a state of dysfunction,” he said. “I don’t see leaders taking any significant bites out of the elephant.”

The university is in “catch-up mode” in terms of academic offerings, Bogle, the board chair, said, with outdated and under-enrolled programs that aren’t competitive. In July, the state system’s board of governors released 16 new approved degree programs at eight state-owned universities for the upcoming year. Cheyney was not among them.

“Some of the ones we have are not working,” he said. “Some of these programs cost the university money, and we can’t afford to have these programs that cost us money. If you don’t have what the students want, then they’ll go elsewhere.”

He declined to comment on which programs the university would consider cutting or adding. However, a presentation from university officials at the Cheyney University Alumni Association retreat last fall showed only one student was majoring in math and five in English, while social relations/criminal justice had 115 students. Some other popular programs include business administration/management; biology and biology/health professions; communications arts; and liberal studies.

Marybeth Gasman, director for the Penn Center of Minority Serving Institutions at the University of Pennsylvania, said an important marketing tool for HBCUs is developing key program offerings and a clear identity, then recruiting quality students in a targeted manner.

“Cheyney needs to ensure that people understand what is unique about it and what it has to offer,” she said. “They need to figure out exactly what they’re good at and focus on that.”

In the midst of expected changes, Meade said he believes the HBCU fills a vital role within the State System.

“I wanted to be able to get back to my roots, see people who have a positive outlook and are making an impression on the world as people of color,” he said. “To go to a place where you see an entire community moving forward in the world really gives me a hopeful spirit.”