College to return barrack to site of WWII internment camp 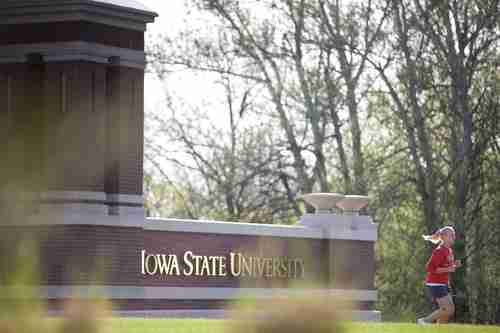 POWELL, Wyo. (AP) _ One of the original barracks at the Heart Mountain Relocation Center in northern Wyoming will be returned to the former World War II internment camp this summer.

The historic barrack was discovered near Shell, where it had been moved and was used by Iowa State University at its geology field studies station, said Brian Liesinger, director of the Heart Mountain Interpretive Center.

With few modifications, it remains a solid, historically accurate example of the 450 barracks that housed more than 11,000 Japanese Americans from the West Coast who were imprisoned at the center during the war.

The center, located between Powell and Cody, now is a National Historic Landmark, but no barracks remain on the site, the Powell Tribune reported.

After the camp closed in 1945, the government sold many of the barracks to homesteaders for $1 each, Liesinger said in a news release. “As a result, many of the camp structures dot the surrounding landscape and continue to see use as houses, shops, sheds and outbuildings,” he said.

“With its return, the barrack brings important historical significance as a powerful artifact of camp life and beyond,” he said. “It will remain a fixture of the landscape that can speak not only to the Japanese American confinement during World War II, but the extended homesteading and farming history in the Big Horn Basin.

“The structure represents many things: Injustice and pain, but also perseverance and resourcefulness. And being back on this historic site will allow us to extend not only our preservation mission, but our educational goals as well. Not to mention the gravity it will lend when reminding people of a mistake we must not repeat.”

The barrack’s first move was to Greybull, where it was used by the town government of Greybull. From there, it was moved to its current location near Shell, where Iowa State had used it for 50 years. But the barrack had outlived its useful life, and the university was aiming to demolish the historic building when the Heart Mountain Wyoming Foundation learned of its existence.

Iowa State has agreed to donate the barrack to the center, Liesinger said. The goal is to move it by August.

But moving the barrack 81 miles back to the center will be costly, and the foundation is working to raise the $140,000 it needs to accomplish the move and the construction work needed to restore it at the center.

The Wyoming Cultural Trust Fund has provided $10,000 for the task.

To maintain the historic integrity of the Heart Mountain World War II Japanese American confinement site, the barrack will be placed on the spot where a barrack once housed military police, adjacent to where the Heart Mountain Interpretive center currently sits.