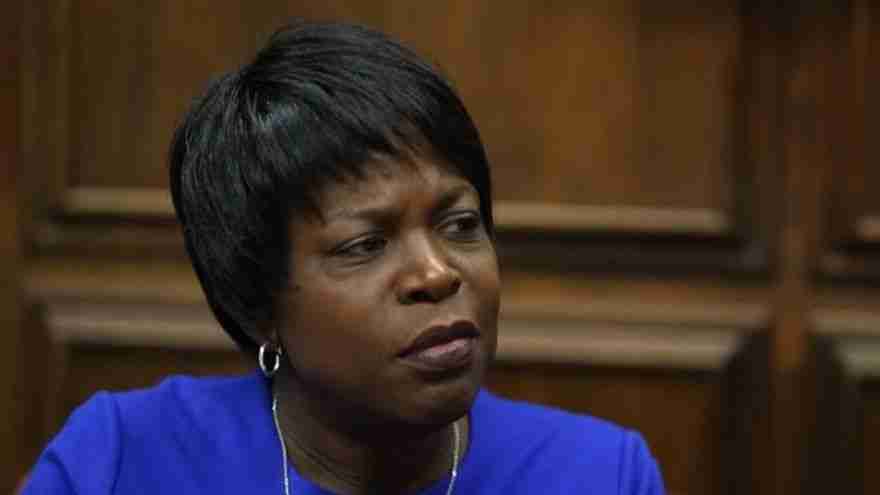 By GARY FINEOUT
TALLAHASSEE, Fla. – An increasingly bitter power struggle between Florida A&M University President Elmira Mangum and the university board culminated Thursday with a chaotic meeting where Mangum nearly got fired.

Responding to allegations about expensive repairs at her university-owned home and improper bonuses for a top employee, several trustees pushed to terminate Mangum’s $425,000 a year contract during an emergency early morning meeting.

But Mangum, who at one point accused some trustees of being on a “witch hunt” to push out of her job, survived the testy three-and-a-half hour meeting where the school’s student body president complained that students and others should have been given a chance to publicly testify before a vote was taken. A contingent of students later marched to the state Capitol to protest Mangum’s treatment.

Trustees voted 7-5 against a motion to fire Mangum immediately with cause. Trustees then deadlocked 6-6 on whether to fire Mangum without cause. The latter would have required a large payout. Trustees finally agreed to have outside auditors review some of the financial allegations against her.

Later, while traveling to North Carolina to deliver a lecture, Mangum put out a statement vowing to remain on the job despite her tenuous relationship with university trustees.

“My commitment to this university is stronger than ever,” Mangum said.

FAMU, located near the state Capitol, is the state’s only public historically black university.

Mangum was hired last year as a “change agent” who could help FAMU restore its reputation following a tumultuous period that included the November 2011 hazing death of band member Robert Champion of Decatur, Georgia. Former President James Ammons abruptly resigned in 2012 amid the fallout over Champion’s death. The university has also had problems with finances and audits that led to investigations and firings.

Her decision to name former NFL star tight end Kellen Winslow to run the athletics department ended quickly after he resigned in December 2014. Winslow drew criticism after he fired the school’s football coach during homecoming week.

The emergency meeting was sparked by allegations regarding nearly $400,000 worth of renovations at the president’s house and garage and a discovery by auditors that $15,000 in state money was used to pay a bonus to FAMU’s new provost. The bonus payment violated state law but Mangum characterized it is an accounting error and said it had been corrected.

She also said that most of the renovations were approved before she took the job although the university auditor noted he could not find proof of any approval by trustees. Mangum distributed to the media a report that showed some of the house repairs, including $11,500 for a new front door, were suggested by the previous chairman of the FAMU board. Mangum’s contract requires that any work done at the house exceeding $10,000 must be approved by the FAMU board.

“My actions have always been honorable,” said Mangum, who said some trustees were out to “destroy” her and were engaged in “continuous mud-slinging.”

Several trustees, many of whom are FAMU alumni, said they had an obligation to discuss and delve into the allegations. Those who supported firing Mangum, including the school’s faculty senate president, cited ongoing problems that went beyond the latest financial issues.

But even those who backed Mangum said her relationship with the board had deteriorated so much that it may be hard to move forward.

“This relationship that the board has with our president is untenable,” said trustee Cleve Warren. “It’s embarrassing. It’s disruptive and quite frankly destructive. But I think we are all culpable here. It’s not just President Mangum. We are our worst enemies in this process.”