Computer pros volunteer to teach girls how to program 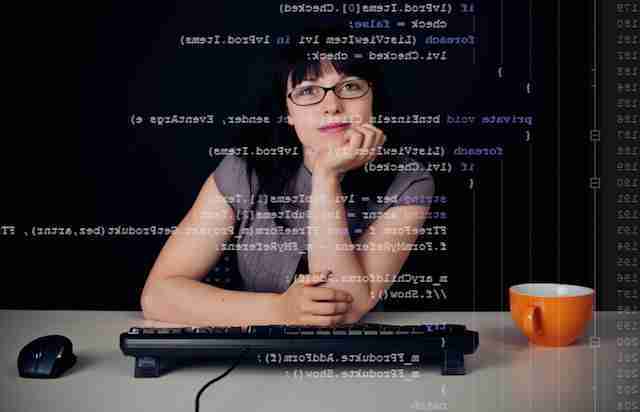 By JANET McCONNAUGHEY
NEW ORLEANS (AP) _ When organizers of a summer camp that includes a number of disadvantaged high-school girls asked about career plans, none of the girls talked about computer programming _ work that pays well and has a shortage of women.

Now five are learning basic programming and 15 are in level 2 of the 7-week program created by a national nonprofit called Girls Who Code and taught at a church near Shreveport’s airport in northwest Louisiana.

Shaniah Hutcherson, the 13-year-old daughter of a Shreveport Fire Department administrator, said in a phone interview that she’d never thought about programming before her pastor’s wife asked girls if they wanted to join.

She said she did so “just for my church” but is now thinking of majoring in computer technology.

“Before I started I thought it was going to be like hard. Sometimes it will be difficult. Sometimes it makes you want to quit,” she said. “But you just keep going and it gets better and better.”

Programming and other computer technology jobs are overwhelmingly held by white and Asian men. Advocates say more women and minorities should have access to one of the economy’s best-paying and fastest-growing sectors. Tech executives say they need more diversity if their products are to appeal to a diverse audience.

But nationwide, less than 1 percent of high school girls say they’re interested in majoring in computer science, and female computer science graduates have dropped from 37 percent of the total in 1984 to 18 percent today, according to Girls Who Code. The group aims to increase the number majoring and working in the field by teaching girls in grades 6 through 12 how to program.

Those learning at Praise Temple Full Gospel Baptist Church are among two public Girls Who Code clubs in Louisiana. Most of the girls in the club are from low-income neighborhoods, said Wanda Brandon, the pastor’s wife and faculty adviser for the club run by the nonprofit Northwest Louisiana Community Development Council.

A second club in Shreveport is held at the Shreve Memorial Library. It’s taught by programmers for William Joyce’s Moonbot Studios, home of the Oscar-winning animated short, “The Fantastic Flying Books of Mr. Morris Lessmore.”

The third Girls Who Code Club in Louisiana is for students at the Louise S. McGehee School for girls in New Orleans.

The national list of clubs changes year-to-year, spokesman Mitchell Schwartz said. Nationwide there were 269 clubs in 33 states last school year, including 79 in California and 70 in New York. At the end of the last school year, there were none in Mississippi, Arkansas or Alabama.

A number of the 19 girls in the first group dropped out, many because of transportation problems, but 11 completed the first level and seven of them have signed up for the second, according to Heather Shrewsbury, a Moonbot programmer who teaches programming at the library.

They include club president Arianne Soriano, 16 and a rising junior at Loyola College Preparatory High School.

“I’ve always loved playing video games. I’m active in school; I like math and I like art. So I wanted to give it a try,” she said. Even girls who aren’t interested in computer science should try it, she said: “You never know what you like unless you’ve tried it.”