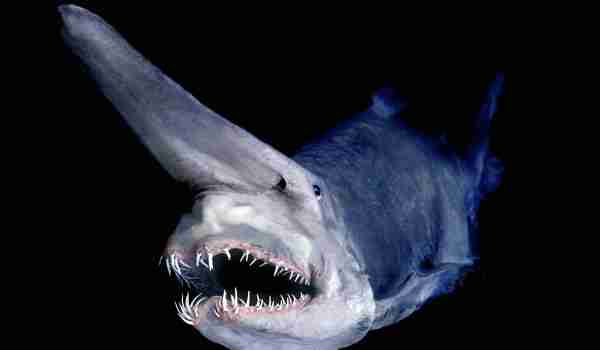 KAILUA-KONA, Hawaii (AP) _ Researchers say they are a step closer to understanding the biology and habits of elusive deep sea sharks after new studies involving cameras attached to the creatures.

University of Hawaii researchers say they have discovered that the sharks are surprisingly buoyant after tagging them with a device called an accelerometer, which works like a flight data recorder, reported West Hawaii Today (http://bit.ly/1Fv8UXo).

UH Manoa scientists worked with the University of Tokyo to analyze the swimming patterns of two deep seas species, sixgill and prickly sharks. They found that the animals must put greater effort into swimming downward than swimming upward.

Most sharks sink if they stop swimming, and scientists believed that the creatures either sink naturally or have buoyancy similar to that of water.

But data logged by the accelerometer suggests otherwise, at least for sixgill and prickly sharks.

“We didn’t expect to find evidence of positive buoyancy, and ran two sets of experiments to confirm our initial observations of this phenomenon. This finding was a total surprise,” said Carl Meyer, assistant researcher at UH Manoa’s Hawaii Institute of Marine Biology.

The device measured the shark’s speed, orientation and tail movement and found that deep divers are able to glide upward for several minutes without moving.

Meyer speculates that the positive buoyancy might give the hunters added stealth by allowing them to glide motionlessly upward to nab prey.

Or, he says, it could help them make their nightly migration to shallower areas.

He hopes that the cameras will be able to capture footage of the animals feeding, possibly shedding light on unanswered questions.

Most of the deep-sea sharks around Hawaii live from 600 to 2,000 feet below the water’s surface and are smaller to medium-sized species _ gulpers, kitefins, black-bellied lantern sharks and false catsharks.

“There is also a very good chance that other deep sea sharks exist around Hawaii, but we just haven’t discovered them yet,” Meyer said, noting that he would like to use accelerometers to gather data on those species as well.