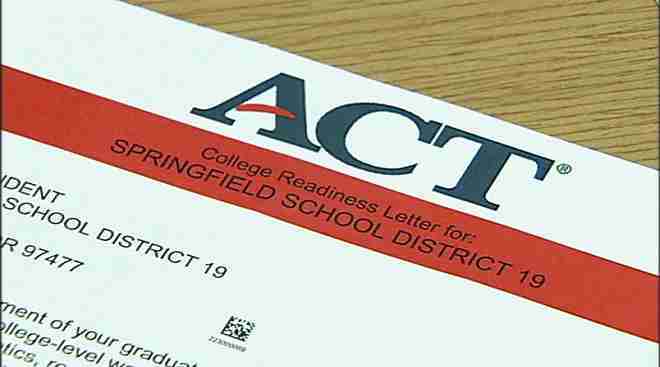 SPRINGFIELD, Ill. (AP) _ Nervousness about college entrance tests is acute enough as it is, but questions about whether the state can pay for those exams amid Illinois’ budget impasse is adding to that anxiety this year.

The unresolved budget fight in Springfield means state money used in the past to allow juniors statewide to take the ACT exam for free may not be there this year, the Chicago Tribune (http://trib.in/1DGUCn7 ) reported.

Since 2001, the state has subsidized the tests _ which cost around $50 per student _ as a way to help those from diverse backgrounds get a shot at a higher education.

Nearly 160,000 Illinois high school graduates in 2014 took the ACT exam, at a cost to the state of several million dollars. The test is usually given in spring, and includes reading, math and science sections.

As a backup amid the uncertainty, about 60 districts have signed directly with ACT to administer the exam. That includes many affluent districts; Chicago is among the districts that haven’t taken that step.

Without state funds, Aurora’s Indian Prairie School District 204 could end up spending at least $100,000 to test about 2,300 juniors. Patrick Nolten, district’s assessment director, says “everyone is sort of crossing their fingers that the state delivers.”

Absent a solution on the state budget, students in districts that signed up will get to take the tests in the spring, while those in other districts won’t _ unless they organize and pay for the tests themselves.

Local administrators and ACT officials have said districts who have already signed up for the exams will be able to opt out if the Illinois State Board of Education eventually gets funds for statewide tests.

A related issue is Illinois’ contract with the ACT, which expired June 30. Illinois could enter a new contract with a different firm, the College Board’s SAT. The ACT has been a popular test in the Midwest.