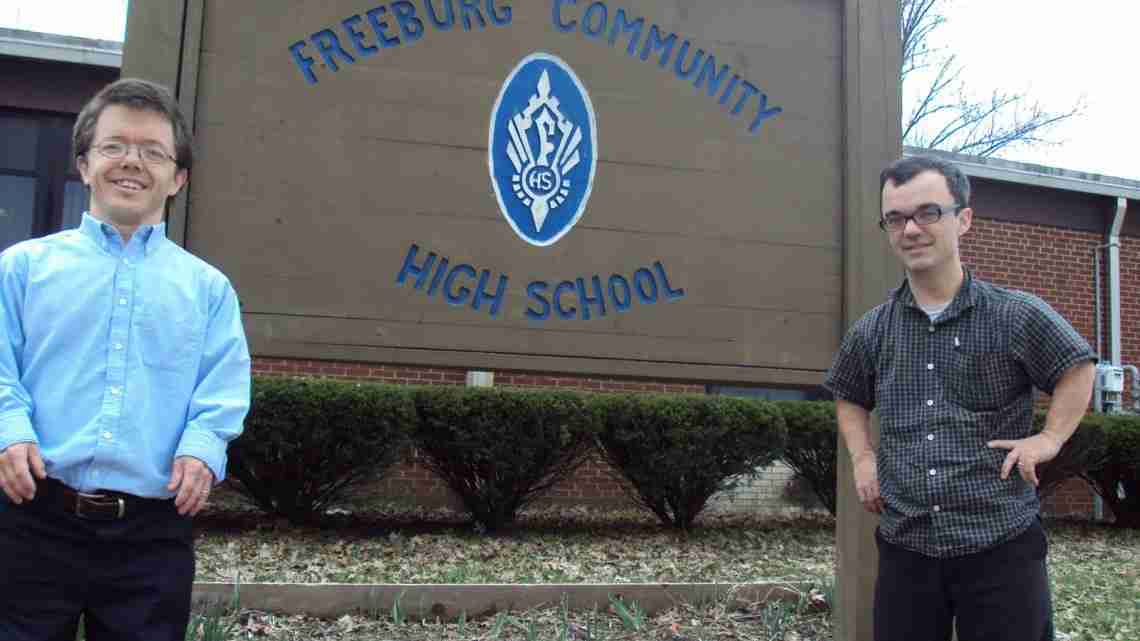 FREEBURG, Ill. (AP) _ As with many small towns, the biggest source of bragging rights in this agrarian outpost in southern Illinois are its high school athletes _ the Freeburg Midgets.

Though town lore traces the mascot’s origin to a local reporter who was impressed by the school’s short basketball team beating larger opponents nearly a century ago, the school faces public pressure to drop the nickname _ just like some college, pro and high school teams that still cling to terms once considered acceptable but now viewed as derogatory.

“We recognize that it’s not intended to have a negative impact,” Little People of America President Gary Arnold said. “But with all the history and baggage that comes with the word, it still does.”

Arnold and other group leaders delivered a 4,400-signature petition to the school this week asking to phase out the nickname within two years and to stop selling “Midget” merchandise to people from outside the community 25 miles east of St. Louis. The 7,000-member nonprofit, which represents people with dwarfism, held its annual convention in St. Louis this month.

The word “midget” is derived from midge, a sand fly, and emerged in the 1800s to describe circus performers, according to a Little People of America flier.

Arnold said the group is targeting Freeburg _ four years after visiting to discuss concerns _ in hopes that a half-dozen other schools in Iowa, Missouri, North Dakota, South Dakota and Wisconsin with similar nicknames will also agree to the change.

Freeburg superintendent Andrew Lehman said that while he is sympathetic to the concerns, the district has no plans to change the mascot. Supporters have organized a dueling petition and Facebook page.

“People’s perspective on what is a good mascot or a bad mascot, that’s a subjective issue,” he said. “The name stuck. The town liked it. It ought to be the decision of the people who run the school.” Still, he’ll share the group’s request at the next school board meeting.

Already, some college teams have made the change to comply with NCAA rules, including the University of North Dakota, which has yet to replace its Fighting Sioux mascot. And the NFL’s Washington Redskins lost a federal court battle this week when a judge ordered its trademark registration be canceled because the name may disparage Native Americans.

High school officials elsewhere suggested they may be more receptive to dropping the “midget” nickname.

“We’re probably going to have that conversation,” even though there’ve been no complaints, said Scott Lepke, superintendent of the McLaughlin School District in South Dakota. “It’s kind of embarrassing to have that nickname. It’s not a positive.”

Arnold said his group is particularly concerned that “midget” nicknames could expose students of short stature, whether dwarves or not, to bullying and ridicule.

“It sends a signal to youth that the use of the word `midget’ to describe a small person is acceptable and humorous,” he said.

The linguistic battle was waged within the ranks of the nonprofit, which was initially known as the “Midgets of America” when founded by actor Billy Barty in 1957, Arnold said. The name change came several years later.

“The word has evolved,” Arnold said. “And we feel that it’s time for a change.”