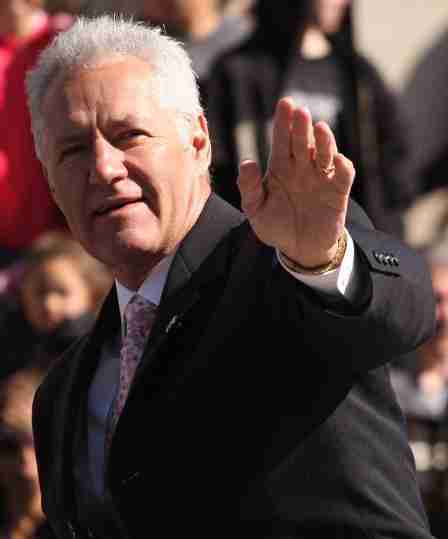 DELAND, Fla. (AP) – Mari Hanley has been watching Jeopardy! at home for years and she recently heard one answer she’d wanted to hear for a long time.

The 20-year-old from Lighthouse Point has been selected to compete in the 2017 Jeopardy! College Championship.

“I’m overjoyed. I can’t wait. I’ve been practicing every day,” said Hanley, who graduated from Cardinal Gibbons High School in 2015.

Hanley was one of 15 students nationwide selected for the tournament, which will air Feb. 13 to 24. She will represent Stetson University, a private liberal arts school in DeLand where she is studying history and anthropology.

She will fly on an all-expense paid trip to Los Angeles Jan. 8 to compete in the tournament. The winner will receive $100,000, with smaller cash prizes for those making it to the finals and semifinals.

Her friends are helping her get ready, posting to Facebook daily questions, or in the language of Jeopardy!, answers for her to respond to in the form of questions.

Hanley said she’s an avid reader, including the complete works of Shakespeare, and has stored a lot of random trivia in her brain. “Now I’ll finally have a use for it.”

She also speaks six languages and is fluent in sign language.

“She… thinks nothing of spending six hours translating old French, and thinks Neanderthals are fascinating,” said Kimberly Reiter, associate professor of ancient and medieval history at Stetson. “What she reads about, she absorbs like a sponge.”

But there’s one category Hanley knows she needs to brush up on: sports.

“I recently learned what the Heisman Trophy is for,” she said, referring to the annual honor given to the college football player considered most outstanding.

This was actually the eighth time Hanley applied to get on the show. She previously applied for kids week and teen week tournaments.

This year, she was one of 10,000 students who took an online test where 250 were then invited to audition. She traveled to New Orleans in November to compete against 29 other students in a mock tournament.

Hanley was a star member of her high school debate team and was even judged the top orator for South Florida in a national competition, said her former coach and English teacher, Doug Parker.

“She’s like a renaissance woman. She’s good at everything,” said Parker, now a college instructor in Miramar. “She cooks, she sews, she’s a scholar. But she’s not a kid who lives in a library book. She’s warm and funny and creative.”

Parker and Hanley share a love of trivia and Jeopardy! He used to organize student Quiz Bowl events when he taught in Buffalo and is helping Hanley prepare.

“We both had a competition to see who would get on Jeopardy! first. She’s way smarter,” Parker said. “I’m so happy for her. I, for one, would not be at all surprised if she won the whole thing.”

Next post Concussions on the brain: Pushing for more research on women