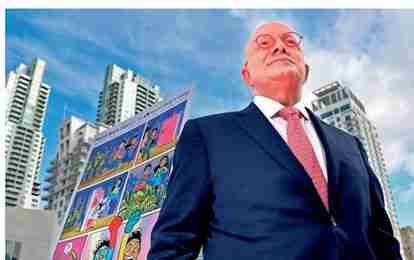 In 2013 he released Boxers & Saints, a two-volume graphic novel about the Boxer Rebellion that was nominated for a National Book Award and won the L.A. Times Book Prize. His other works include Dark Horse Comics’ continuation of the popular Nickelodeon cartoon Avatar: The Last Airbender and DC Comics’ Super- man. Yang teaches creative writing through Hamline University’s MFA in Writing for Children and Young Adults program.

Posters, as well as printed Fair Guides, will be available at a number of pop-up events to take place throughout the city in the coming month. Locations will include Shinola Wynwood, Books & Books, the Langford hotel and others. Days and times will be shared via the MBF’s social media accounts, and will be posted on- line. Giveaways, refreshments and inter- active activities will be part of the events. View all program information and event schedules, or download a PDF of the complete Fair guide at www.miamibook- fair.com. Printed Fair Guides will be distributed at locations throughout the city after Oct. 15. For Miami Book Fair updates, please visit www.miamibook- fair.com, call 305-237-3528 or email wbookfair@mdc.edu.

Next post Cheap gas and retirement the good, the bad 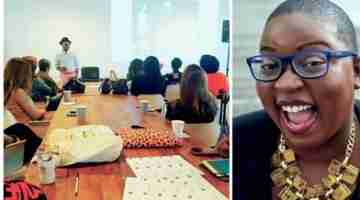