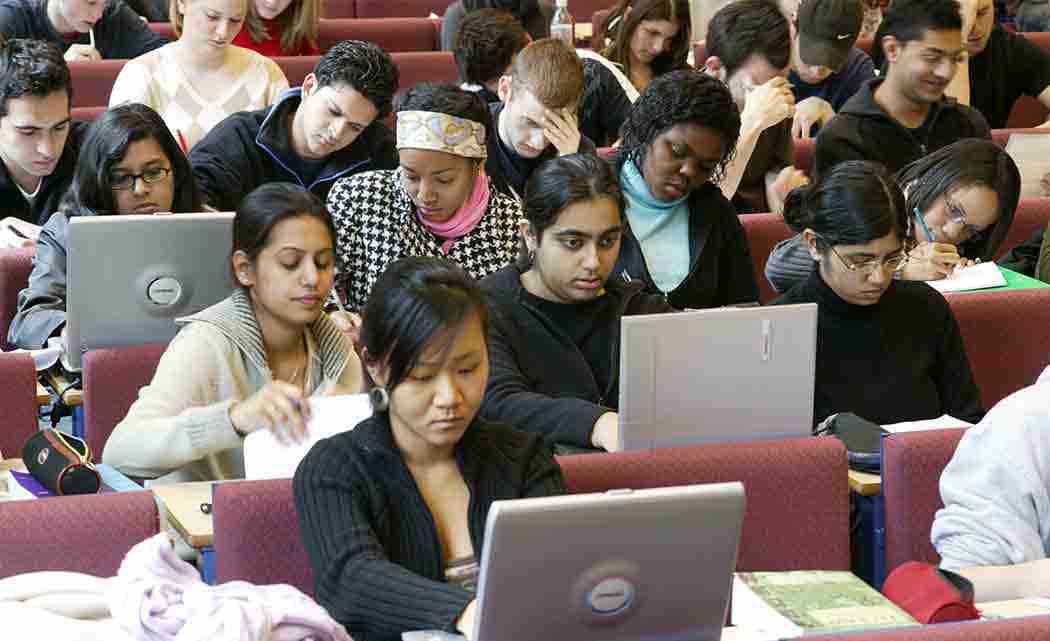 JEFFERSON CITY, Mo. — Missouri students who brought to the U.S. illegally by their parents could face the prospect of receiving no federal financial aid, state aid or in-state tuition under measures moving through the state Legislature.

That, some immigrant advocates and school counselors say, could also mean no college.

Already, Missouri has blocked funding to any public college or university granting such students in-state tuition. The measures in the House and Senate target the estimated 6,000-7,000 immigrant K-12 students in Missouri, although refugees and others seeking asylum in the U.S. also could be affected, American Civil Liberties Union of Missouri policy director Sarah Rossi said.

Republican lawmakers say it’s unfair to share already-thin taxpayer-funded education resources with noncitizens, but the bills’ sponsors note that the intent isn’t to block the immigrant students from attending college.

The Senate bill, sponsored by Farmington Republican Gary Romine, would require students be permanent residents or U.S. citizens in order to get the state’s A+ Scholarship, which provides two years of free tuition at community colleges. Shell Knob Republican Rep. Scott Fitzpatrick’s bill and the House higher education budget would block state-funded scholarships for students without legal status and require them to pay the international rate of tuition.

Federal aid, such as student loans or need-based Pell Grants, is closed to such students. And though some might qualify for amnesty from deportation under President Barack Obama’s Deferred Action for Childhood Arrivals program, many would have few options under these bills, unless they or their parents can pay their tuition in full. They may have to return to their home countries to study or not attend college at all.

“The economic situation is not the best” for many immigrant students at Kansas City’s Alta Vista High School, parent liaison Paola Vera said, noting many of those kids qualify for free or reduced lunch.

Legislation that could bump up tuition “discourages our children, and the families,” said Vera, who acts as a go-between for the school and parents who sometimes struggle with English. “It makes it extra hard, and I don’t see the reason for that.”

Students who would be affected by the measures were reluctant to speak with The Associated Press.

It’s unclear what effect Fitzpatrick’s bill could have, because most Missouri colleges and universities don’t have an international tuition rate and instead charge international students out-of-state tuition _ the same rates already mandated for immigrant students without legal status.

So far, no students spared deportation under Obama’s program have received the A+ Scholarship, Missouri Department of Higher Education spokeswoman Liz Coleman said, although a department rule set to take effect March 30 would clarify that they’re eligible.

A Senate hearing for Fitzpatrick’s bill, which passed the House 111-41, has not yet been scheduled. Romine’s bill won initial approval last week, but needs a second Senate vote before it can move to the House.