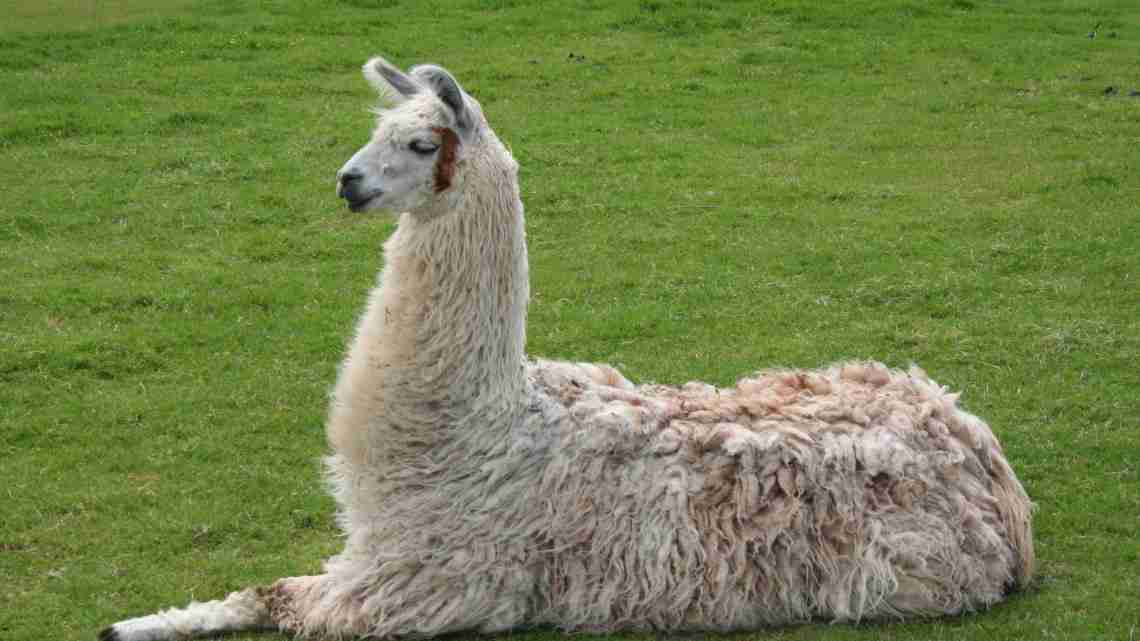 AURORA, Neb. (AP) _ In many ways, Jonah Jensen is a typical Nebraska kid.

He likes to hunt, fish and be outside, and you won’t catch him holed up in his room unless it’s finals time.

But you probably won’t catch him showing cattle, either.

Instead, you’re likely to find the rising Aurora senior behind his family’s home leading one of his llamas, Silas, over a teeter totter, through a tire, up steps or over a jump, The Grand Island Independent (http://bit.ly/1HhSA0c ) reported.

Jonah has found his niche in several different pastimes, from creating art from old horseshoes in his welding business and designing landscaping to, yes, llamas _ and he’s embracing those as part of his future.

Jonah is not new to the show ring.

He began showing sheep around when he was in middle school, and it’s something he continues.

About three years ago, however, his family decided to try something a little different.

They started with just two or three llamas, Jonah said, and they didn’t fully know what they were doing. As they got used to the learning curve, however, he found a real connection.

“I’ll tell you what, it was just the coolest thing to be able to walk something that big,” he said.

They began to grow the herd, and now, there are 17 llamas and seven alpacas. Along with his parents, Holly and Rob, and sister, Arika, Jonah’s home became the Lincoln Creek Llama club and ranch. Two other families keep their animals with the herd, and other kids from the area come to work with them, too.

Now, Jonah competes in various events and at various shows, including through Polk County 4H. Last year, he qualified for the Grand National competition through the Alpaca Llama Show Association, placing eighth in performance and sixth in judging.

The animals, Jonah and his mom said, each have their own personalities, and they’re amazing therapy and companion animals. They also have fiber that can be used and they are excellent protectors for sheep, goats and even cattle.

“When we go to a show and the little kids want to pet them, it warms your heart,” Jonah said.

Working with them, Jonah said, has taught him a lot.

Because it’s important for llamas to be familiar with things they encounter on the trail or when out on visits, Jonah has to spend time developing a bond with his animals. He leads Silas over obstacles, talking to him, petting him and showing him the way in unfamiliar situations.

He has picked up on patience and cooperation, he said, but most importantly, on how to develop trust.

It’s a bond his mom, Holly, said Jonah and Silas will always have.

“The most important thing is being out there with them as much as possible,” Jonah said.

Catherine Steele, Jonah’s 4H leader, said it’s obvious he has a knack for working with the animals.

He got into showing llamas later than many, she said, but he jumped right in and was willing to learn.

“A lot of teens think they know everything already, but he’s willing to learn and take suggestions,” she said.

His growth showed quickly, and Silas won so many awards that he is nearly ready to move to the next level. Jonah has trained his animal well, she said, but a good showman can show any animal in the ring, and Jonah always does a good job with that.

Kim Wanek has seen that with her two daughters, Jane and Ellie. They have been involved with the Lincoln Creek Llamas for about a year, Wanek said.

Patient, positive and humble are all words that describe Jonah, Wanek said, and he sets the tone for the program.

“He’s just a great kid,” she said. “Doesn’t make a big deal about it, but leads by example.”

As a freshman at Aurora, he tried welding, and he connected with it. He got his own welder for Christmas, and soon after, he started his own business, JJ Welds.

He now works with his dad on what he says makes the business unique. They turn old horseshoes and other objects into pieces of art, from signs _ he created the Lincoln Creek Llamas sign outside their house _ to yard art and even an elaborate llama portrait that hangs over the garage.

“It’s just something unique,” he said. “I don’t know a lot of people making things out of old horseshoes.”

The business has since taken off, and people actually call them now with requests. They have even sold pieces to people as far away as New Jersey.

Both Steele and Wanek have bought the pieces. Steele said she is one of his best customers. Once, she showed him a picture of a patriotic design, and the next day, Jonah and Rob were out in the shop figuring out how to make it a reality.

The quality and time he spends show, she and Wanek said.

Additionally, Jonah said he enjoys planning landscaping. He was in a greenhouse management class in school, and he did some of the landscaping at home.

He is a member of FFA, has done filming for the football team and has been on the trap team.

Looking ahead, Jonah said he is still figuring out what he wants to do, but his interests reflect the niche he feels he has found.

He said he’s thinking about going to school and possibly finding a career in agronomy or as a mechanic. He is also interested in coming back and helping with Lincoln Creek Llamas, he said, and he will likely continue his business.

It’s rewarding, he said, when his ag teacher will mention that he saw something in the paper on Jonah’s success at the State Fair or when customers will recognize him for his welding work.

Though Jonah doesn’t like to call attention to himself, it’s nice to be recognized for standing out, and that’s something he would like to keep doing as well.