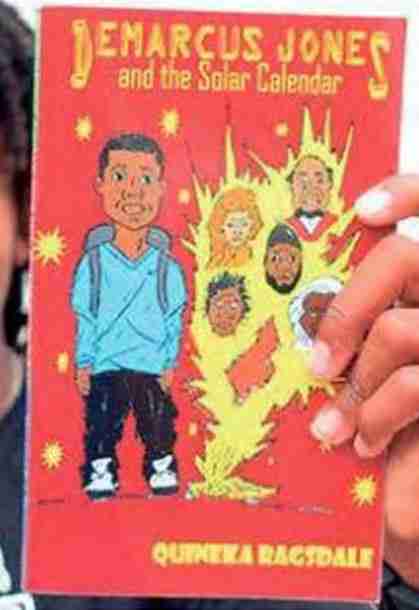 In anticipation of the fourth book from the Demarcus Jones series, CJK Publishing is offering their first audio book, Demarcus Jones and the Solar Calendar, to the public for free.

Layered with stories of ancient African civilizations and diaspora world contributions, this book series delivers a rich history that helps youth understand the plight of blacks in today’s social climate.

The free audio book is the first offer among many as the publishing company begins their countdown to the release of “Demarcus Jones and the Solar Calendar IV.” The book is scheduled to be released October 26.

The series follows the main character, Demarcus Jones, as he uses an ancient Solar Calendar to watch events that have occurred around the world throughout time.

In subsequent titles, Demarcus is joined with supporting characters whom Demarcus must determine whether they are allies or enemies in their quest to experience the powers within the Solar Calendar.

The books help youth understand how past historical events have affected the current conditions of people of African descent around the world.

The Demarcus Jones Series author, Quineka Ragsdale, began the book series when she realized, long after traditional schooling, that there was so much about history she didn’t know. She didn’t want this to be the case for her children or others.

“It’s important for children to learn our history unapologetically. We’ve done some truly amazing things that even in 2017 are still being ignored,” she said.

Ragsdale’s goal with the series is to spark interest in children (and adults) in areas such as reading, social issues and history. The entire book series is accompanied by audio books to encourage young readers and non-readers alike to explore them.

The free audiobook download is only available for a limited time at www.demarcusjones.com. The other books in the series are available for sale on www.amazon.com.