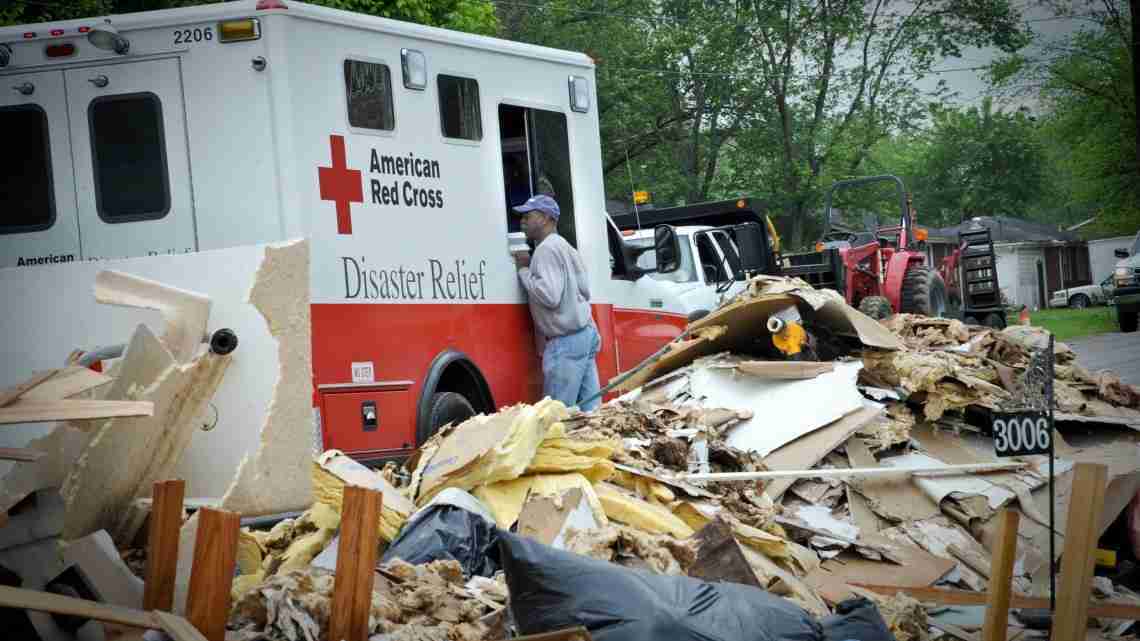 By PAT EATON-ROBB
NEWTOWN, Conn. (AP) _ Seven months after a gunman killed 26 people inside Sandy Hook Elementary School, an organization formed to help Newtown’s children deal with the tragedy took 19 teenagers to Oklahoma, where they assisted in the cleanup from a series of devastating tornados.

The next summer, 20 more Newtown teens traveled to Colorado to help people there rebuild their homes after destructive floods. A third group is headed back to Colorado next month.

“For me it was about being able to finally do something,” said 17-year-old Brenna Kelly, who went on the Oklahoma trip. “The trip was the best way, for me at least, to finally feel like I was helping.”

The service trips are run by Ben’s Lighthouse, named after 6-year-old Ben Wheeler, one of the 20 children killed in the December 2012 shooting in Newtown. The organization also runs community-building, counseling and coping activities for younger children affected by the Sandy Hook massacre.

Chairman Rick Haylon said the trips are designed to give the teenagers perspective and to empower them at a time when many, like Kelly, feel powerless.

The teens are chosen from a large group of volunteers. They include some who were close to Sandy Hook victims and others who were affected simply by being part of the Newtown community. All expenses are paid for by Ben’s Lighthouse, which is funded by private donations.

“We believe that these trips help the teens come to grips with how their lives have changed and how `being from Newtown’ can be perceived by the outside world,” Haylon said. “It also shows them how they can take their experiences, individually or collectively, and turn them into a positive result.”

Cayden Dunn, 15, said it also gave him an outlet to talk about the Sandy Hook tragedy, something he said he didn’t know he needed to do, until he traveled to Loveland, Colorado. His mom signed him up for the trip.

He spent a week replacing plasterboard inside the flooded-out home of an older couple. The husband and wife had been living on an upper floor ever since a river diverted its course through their downstairs, destroying much of it and leaving a tree in the living room.

“I really connected with the dad,” he said. “When I was working, or supposed to be working, we had some long, really good talks just about life in general and how things happen to you.”

The first group of teens also visited the memorial in Oklahoma City to the victims of the 1995 bombing at the Alfred P. Murrah Federal Building. The second group took a side trip to Littleton, Colorado, to see the memorial for the victims of the Columbine High School shooting. Both groups met with family members who lost loved ones in those tragedies and shared experiences.

Kelly said she was especially touched by a fence in Oklahoma City that was covered in messages of hope and love and even included some bracelets of support for victims of Sandy Hook.

The Rev. Wendy Lambert, who lost her father in the Oklahoma City bombing, said she was overwhelmed by the compassion and empathy of the Connecticut teens. She said their meeting gave a sense of connectedness to all those involved, and helped them redefine their tragedies in their own terms.

“What I shared with them is that the violence that I saw in the act of the bombing did not outweigh the human kindness that I saw pouring out in the aftermath,” Lambert said. “The kindness and the goodness completely outweighs the momentary violence that we experienced.”

Dunn and 15-year-old Teresa Forlenzo said they came away from Colorado with a renewed sense of hope that things can get better.

“We’re not alone and we can heal, just like they healed,” Forlenzo said. “And God forbid something else should happen somewhere else, we can help teach those people that they can heal as well.”

Next post Maine gets $3.6 million for job training programs