Parents of NAACP leader say she lied about her race 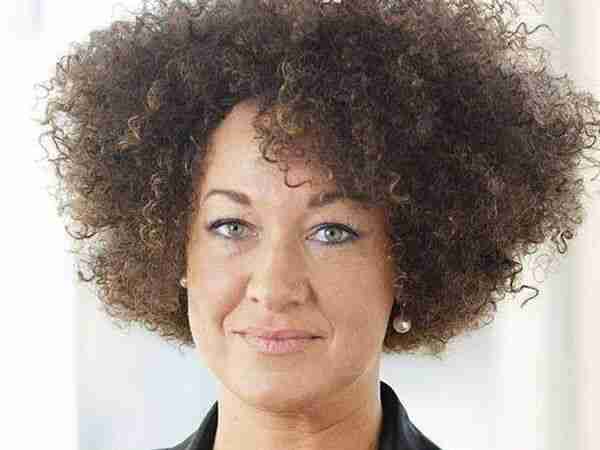 But the 37-year-old artist and activist with dark curly hair and light-brown skin now finds herself at the center of a furor over racial identity after family members said she has falsely portrayed herself as black for years when she is actually white. As proof, they produced pictures of her as a blonde, blue-eyed child.

The city is also investigating whether she lied about her ethnicity when she applied to be on the police board. And police on Friday said they were suspending investigations into racial harassment complaints filed by Dolezal, including one from earlier this year in which she said she received hate mail at her office.

The NAACP issued a statement Friday supporting Dolezal, who has been a longtime figure in Spokane’s human-rights community.

“One’s racial identity is not a qualifying criteria or disqualifying standard for NAACP leadership,” the group said. “In every corner of this country, the NAACP remains committed to securing political, educational and economic justice for all people.”

Dolezal did not return several telephone messages left Friday by The Associated Press.

On Thursday, she avoided answering questions directly about her race and ethnicity in an interview with The Spokesman-Review (http://bit.ly/1MuATMc ) newspaper.

“That question is not as easy as it seems,” she said. “There’s a lot of complexities . and I don’t know that everyone would understand that.”

“We’re all from the African continent,” she added.

Dr. Camille Zubrinsky Charles, a professor of sociology at the University of Pennsylvania and an expert in racial-identity issues, said people can identify with people of other races without doing what Dolezal did.

“For the most part, being a part of that community doesn’t require someone to claim that identity,” she said. “It might be difficult to become president of the local NAACP chapter, but achieving the goals? That in itself doesn’t require passing as a member of that group.”

Maybe she “saw her whiteness as a barrier to doing the advocacy work in the social justice world,” said Charles, who is black.

Ruthanne Dolezal of Troy, Montana, told reporters this week that she has had no contact with her daughter in years. She said Rachel began to “disguise herself” after the family adopted four African-American children more than a decade ago. Rachel later married and divorced a black man and graduated from historically black Howard University.

Ruthanne Dolezal also showed reporters pictures of her daughter as a child, with blonde hair, blue eyes and straight hair.

Her daughter dismissed the controversy, saying it arose from litigation between other relatives who have divided the family.

Ruthanne Dolezal said the family’s ancestry is Czech, Swedish and German, with a trace of Native American heritage. She produced a copy of her daughter’s Montana birth certificate listing herself and Larry Dolezal as Rachel’s parents.

Meanwhile, an inquiry was opened at Spokane City Hall, where Dolezal identified herself in her application to the Office of Police Ombudsman Commission as having several ethnic origins, including white, black and American Indian.

“We are gathering facts to determine if any city policies related to volunteer boards and commissions have been violated,” Mayor David Condon and Council President Ben Stuckart said this week in a joint statement.

Dolezal was appointed to the oversight board by Condon. She has filed numerous reports of racial harassment since 2009 with authorities in Spokane and nearby Coeur d’Alene, Idaho, where she worked for the Human Rights Education Institute.

The region, which is overwhelmingly white, has a troubled history with race relations. Northern Idaho once served as a home base for the Aryan Nations.

In a 2009 interview with the AP, Dolezal described herself as a multi-racial woman who found plenty of challenges in Coeur d’Alene. That included an incident in which three skinheads visited the office and asked for a tour, Dolezal said.

They showed little interest in the center’s work, she said, but saluted a Nazi flag that was part of an exhibit on propaganda.

“They asked me where I lived,” she said, and where her young son went to school.

Dolezal reported the incident to the FBI, which interviewed the men but did not bring any charges.

Earlier this week, Spokane police released files into their investigation of Dolezal’s report that she received a hate mail package and other mailing in late February and March. The files said the initial package Dolezal reported receiving did not bear a date stamp or bar code.

Investigators interviewed postal workers, who said it was unlikely the package could have been processed through the post office.

Without hearing what Dolezal has to say it’s difficult to understand her actions, said Charles, the University of Pennsylvania professor.

“It’s extremely rare for a dominant group member to take on being a member of a non-dominant group. Because there’s nothing to be gained and perhaps you’re losing a lot,” said Charles. “Eminem is as down as they come, and you don’t see him claiming to be black.”