PLAINTIFF IN BROWN V. BOARD OF EDUCATION HONORED 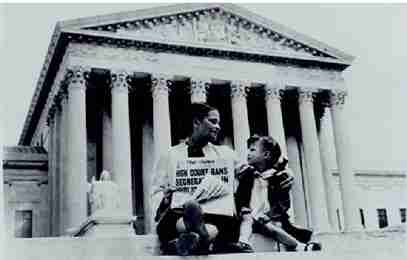 PHOTO COURTESY OF LIBRARY OF CONGRESS

Sunday marked the 100th anniversary of the birth of the Rev. Oliver Brown – the lead plaintiff in Brown v. Board of Education of Topeka, Kansas. The 1954 case led to desegregation of schools.

The Springfield News-Leader reports that the Brown family moved to Springfield in 1959 when he became pastor of the African Methodist Episcopal Church. In fact, it was in Springfield where he saw the impact of the Supreme Court case bearing his name his oldest daughter graduated from Springfield’s Central High School in 1961.