Pressure, tempers up in push for Kansas school aid increase 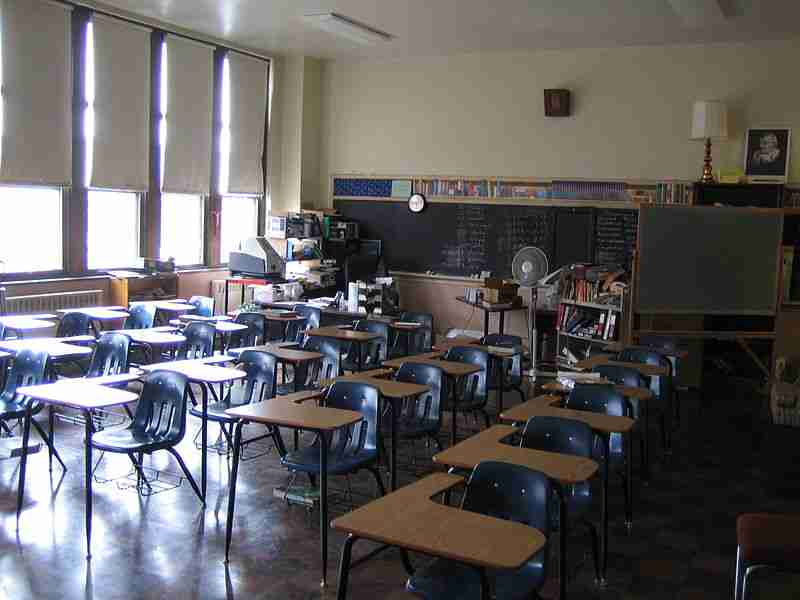 TOPEKA, Kan. (AP) _ Political pressure intensified and tempers flared Saturday as some Republicans tried to push an increase in spending on public schools through the Kansas Legislature over the objections of GOP colleagues in hopes of meeting a court mandate.

Dozens of teachers, many of them wearing red shirts, converged on the Statehouse hours before the Senate began a debate late Saturday night on a bill that would phase in a $534 million increase in education funding over five years. The House passed the bill, 63-56, and GOP Gov. Jeff Colyer endorsed it publicly.

The Kansas Supreme Court ruled last fall that the state isn’t spending enough money on its public schools. Colyer and some members of the Republican-controlled Legislature have worried that a frustrated high court would take the unprecedented step of preventing the state from distributing dollars through a flawed education funding system, effectively closing schools statewide.

Many Democrats argued that the plan, drafted by the House’s top Republicans, would satisfy the Supreme Court. But the state’s largest teachers union put aside its own misgivings that the plan was too small to have its members pack the Senate gallery and hallways outside the chamber. “It is certainly the best bill we’ve seen,” said Kansas National Education Association lobbyist Mark Desetti. “It’s time to get something before the court.”

The Supreme Court declared in October that the state’s current funding of more than $4 billion a year isn’t enough for lawmakers to fulfill their duty under the Kansas Constitution to finance a suitable education for every child. It gave Attorney General Derek Schmidt, a Republican, until April 30 to report on how lawmakers responded.

Lawmakers had been scheduled to start an annual 21/2-week spring break Saturday and return April 26 _ four days before Schmidt’s deadline. He and Colyer urged legislators to delay the break until a school funding bill passed.

Senate GOP leaders had excoriated a previous, similarly sized plan from the House as likely to force lawmakers to raise taxes within two years. The Senate approved a plan to phase in a $274 million increase over five years and top Republicans hoped in negotiations to talk the House down from its big plan.
And some Republican senators also put a priority on passing a tax bill that would prevent some Kansas residents from paying more in state income taxes because of changes late last year in federal tax laws. They took up that measure first.

As the Senate’s tax debate continued, many lawmakers became increasingly nervous. Saturday was the 90th day since the Legislature opened its annual session _ the limit specified in the state constitution _ requiring passage of a resolution to work past midnight. Without an extension, the session would end and all pending legislation would die.

The House and Senate had passed rival plans earlier in the week. Negotiators for the two chambers had several rounds of talks on Friday to resolve their differences but made little progress on how much school spending should increase.

Colyer argued in a statement Saturday that the new plan could be sustained without increasing taxes.
“The time to act is now,” the governor said. “Kansas students, teachers, and families need to know their schools will remain open and be funded adequately and equitably.”

Some conservative Republicans said the court is improperly encroaching on the Legislature’s power to determine the state budget and that a big increase in spending wouldn’t lead to higher student performance.
Conservative GOP Rep. Randy Garber, of Sabetha, argued that problems with public education stem from U.S. Supreme Court decisions in the early 1960s declaring school-sponsored prayer and Bible reading as unconstitutional.

“If we don’t fix society, we won’t fix our schools,” Garber said in concluding a 13-minute speech. “I say the way to fix our schools is to put prayer and the Bible back and give it a chance.”