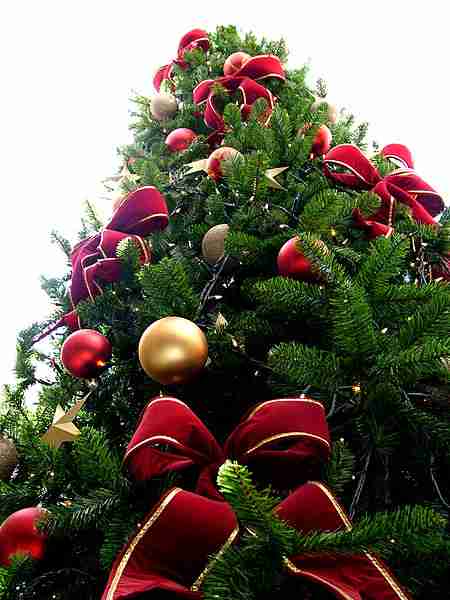 RALEIGH, N.C. (AP) – When Lilian Matallana checks for the freshness of a Fraser fir, she rubs the branches just like any conscientious Christmas tree buyer would.

The difference is that Matallana has hundreds of branches in her aromatic lab at North Carolina State University, where she’s part of a team researching ways to help Christmas trees keep their needles longer in hopes of making them more attractive to buyers.

“People just don’t like the messy stuff,” she said, explaining what causes many buyers to favor artificial Christmas trees over real ones. “They buy a tree and then a couple of weeks after, you have a lot of needles in your carpet. And people don’t really like that kind of thing.”

The research is more than scientific because Christmas trees are a big business in the United States, where almost 26 million real Christmas trees were sold in 2015 with a retail value of more than $1.3 billion, according to the National Christmas Tree Association . N.C. State University has a five-year, $1.3 million grant to work with other universities on research focusing on how well Christmas trees retain their needles.

The goal is to develop and use genomic tools to produce low-cost, high-quality trees with the properties that consumers want, including less needle loss, according to N.C. State’s filing with the USDA.

It’s key to find real trees that can keep their needles even when they are brought into room temperatures for weeks on end because many people purchase a tree shortly after Thanksgiving and leave it up until after New Year’s. Using genetic testing, Matallana is trying to isolate what helps those species of fir retain their needles and get those seeds to farmers.

Needle retention is important for tree farmers since the National Christmas Tree Association says the No. 1 complaint of consumers is the mess that needles make, said Buddy Deal, who owns Smokey Holler Tree Farm in Laurel Springs, North Carolina. He sells thousands of trees wholesale and about 1,000 each year at a choose-and-cut farm. Other tree characteristics such as shape and height are personal choice, but needle retention “is the biggie,” he said.

While many consumers are solidly either for a real tree or for an artificial tree, some say they would consider getting a real tree if it were less messy.

Gina Morales, 35, of Tampa, Florida, said she and her husband bought an artificial tree a few years ago and haven’t looked back. “I got so sick and tired of cleaning up the needles,” she said, even though a real tree was a tradition in her family.

She said she might change her mind if researchers find a way to make trees drop fewer needles. “If they can make that better, then you’re getting the best of both worlds,” she said.