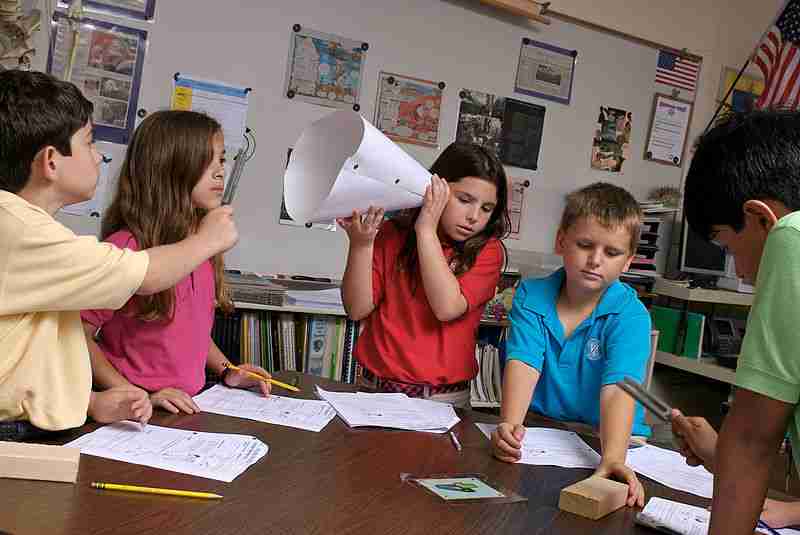 ORLANDO, Fla. (AP) – School districts all over Florida are facing teacher shortages, including in elementary education, which historically had the easiest jobs to fill.

The Orlando Sentinel reported Sunday (http://bit.ly/2ly9Psn ) that the shortages are forcing school districts to ramp up recruitment for the 2017-2018 school year.

The recruiting is starting earlier than ever, and recruiters are exploring out-of-state candidates in the Midwest and northeast.

“We are starting earlier, and we are definitely exploring more options than we ever have,” said Greg White, recruitment specialist for Osceola County schools in the Orlando area. “We’ve got to find those quality educators to be in front of our children.”

The Osceola school district recently partnered with Valencia College to create the Future Teachers Academy, which will offer scholarships to education majors who agree to teach in county schools after graduation. The Seminole County school district, also in the Orlando area, used to to rely on state-run teacher job fairs but is for the first time hosting its own next month, hoping in can fill some jobs ahead of a later-spring hiring crunch.

A main reason for the shortage is a drop in Florida college students majoring in education.

Education program enrollment has dropped because “college students are not convinced that teaching will be a rewarding career path,” said Pamela Carroll, dean of the University of Central Florida’s college of education.

Educators also say relatively low pay and the state’s controversial teacher evaluation system, which is tied to standardized tests, has also soured the view of the teaching profession.

In the Orlando area, Orange County schools had added 10,000 students in the past two years. The school district has hired 1,800 new teachers, but it’s still not enough.

The University of West Florida in the Panhandle used to send the Escambia County school district all the new teachers it needed. This year, the district hired 50 new graduates and had to recruit, sometimes out of state, for its other 250 openings, said Superintendent Malcolm Thomas.

Mallory Crider, a University of Central Florida junior majoring in elementary education, said her grandfather, who foots her college bills, initially discouraged her from pursuing a teaching degree, worried she wouldn’t earn much. But Crider said he came around when he realized how committed she was.

“I want to inspire kids the way they inspired me,” she said.