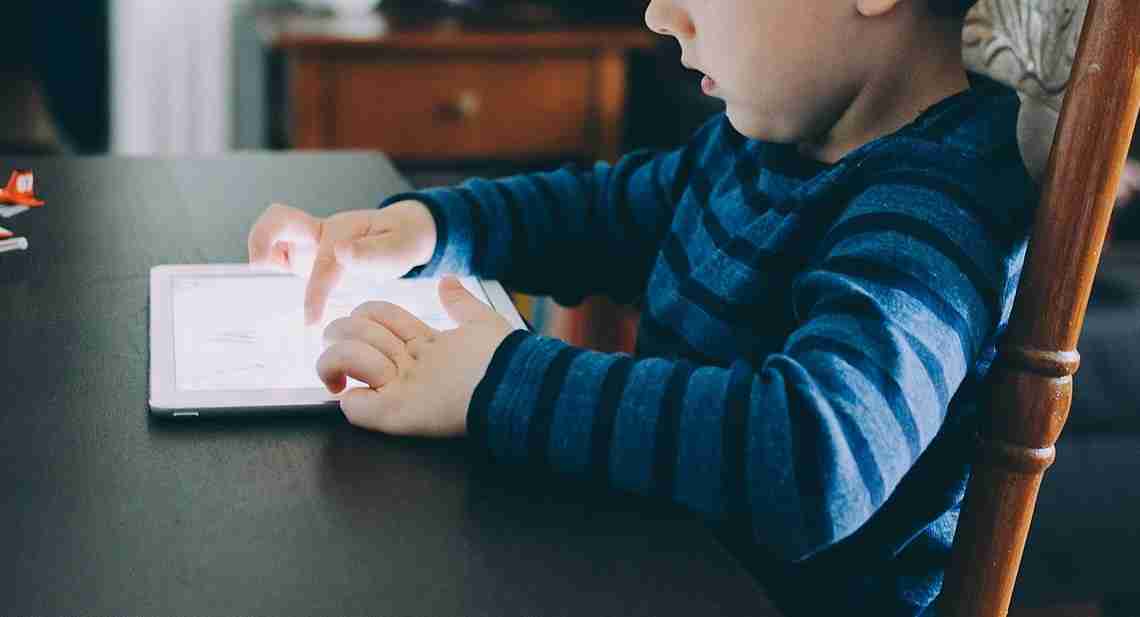 By comparison, kids in higher-income homes spend just under two hours on such activities. The offspring of better-educated parents also spend less time with media (1 hour, 37 minutes) compared with children of those with less education (2 hours, 50 minutes).

“Before we can begin to understand the impact of media and technology on kids and families, we have to better understand their attitudes and behaviors,” James P. Steyer, the non-profit group’s Ceo and founder, and Reveta Franklin Bowers, chair of its board, said in a preface to the report.

The survey found that Latino parents expressed the most concern about what their children are exposed to in media, including sex, violence and racial and gender stereotypes.

But a majority of parents overall said their children’s use of digital media helps boost learning and creativity.

The time youngsters spend reading or being read to has remained steady at 30 minutes daily, compared with previous studies in 2011 and 2013. But fewer than half (43 percent) of children under 2 are read to each day, counter to the American Academy of Pediatrics recommendation that reading to kids should begin at infancy to help develop language and literacy skills.

Nearly half (49 percent) of children are watching TV or using electronic media shortly before bedtime, contrary to the academy’s recommendation of an hour gap between such activities and sleep.

According to its conclusion, the survey “should not be read as a judgment on the quality of children’s time with media; rather, it is a snapshot of how media and technology are infused into daily life. Additional experimental and qualitative work is essential to better understanding the full implications of children’s media use.”

Other key findings: — Children 8 and younger spend an average of 2 hours, 19 minutes daily with screen media, about the same as in prior study years. TV gets the lion’s share, 58 minutes, but mobile has risen rapidly from 5 minutes daily in 2011 to 48 minutes in 2017.

— The “digital divide” is narrower but still exists between more and less affluent families. Home computers and internet access were found in 72 percent and 74 percent, respectively, of low-income homes, compared with 97 percent and 96 percent for higher-income families.

—In a surprising twist, children pick “old-fashioned” paper books over digital reading. Only three of the 29 minutes that kids spend reading each day are on electronic devices.