The uncertain future of Spanish in Miami-Dade classrooms 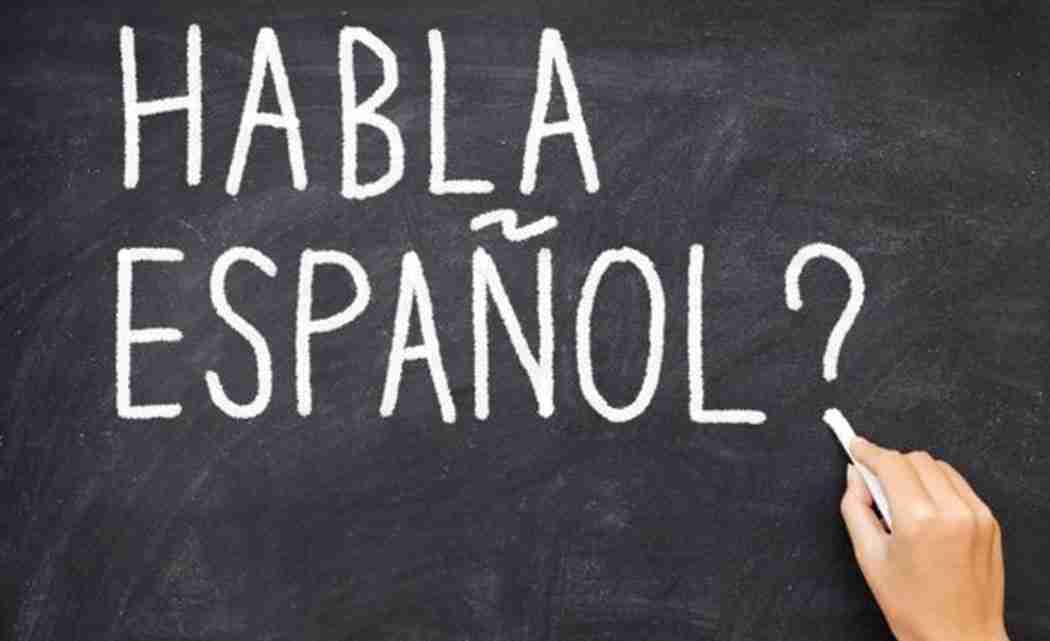 MIAMI (AP) _ Aleida Martinez-Molina learned how to read and write Spanish in the Miami-Dade County public school system decades ago, eventually going on to land a top job with a Spanish airline.

Today, the Coral Gables lawyer drives along a road with a Spanish name lined with flags from Latin American countries to take her son to a public school filled with mostly Hispanic kids. Yet she finds herself utterly disappointed with his education in, of all things, the Spanish language.

“We live in South Florida. Hello _ foreign language is a must for everybody,” she said.

Census data rank Miami as one of the most bilingual cities in the U.S. On the nightly news, in the halls of government and in the aisles of the supermarket, Miami-Dade County speaks español.

But how well today’s schoolchildren read and write in Spanish _ the real measure of fluency in an increasingly competitive economy _ has become a matter of debate as the Miami-Dade County school system reconsiders how to teach children the native tongue of many of its residents.

“Our bilingualism is a myth,” said school board member Raquel Regalado.

“People believe that Spanish is inevitable here, but it’s really not,” said Phillip Carter, a sociolinguist at Florida International University. “The Spanish that we hear around town is mostly spoken by immigrants, not their children or grandchildren.”

A glaring example of the shift and one that compounds it: The Miami-Dade school system _ which keeps a Spanish interpreter on hand for public meetings and publishes its website in both languages _ struggles to find qualified Spanish teachers.

“When you go into the intermediate grades and you really have to teach grammar rules . if you are not proficient in Spanish, you can’t do that just by having a Hispanic last name,” said Beatriz Zarraluqui, Miami-Dade’s director in the division of bilingual education and world languages.

The concern has been highlighted by the district’s move in the last two years toward more robust Spanish instruction to keep up with parent demand. That’s a major shift from the 1980s, when language battles revolved around an “English-only” campaign that succeeded in changing the state constitution to recognize English as Florida’s official language.

“I believe every child should have the opportunity to speak as many languages as possible,” said Shirley Johnson, education committee chair for the Florida NAACP.

The NAACP, League of United Latin American Citizens and parents have recently called for better foreign language instruction in Miami-Dade, even holding a forum this month called S.O.S. _ Save Our Spanish.

The emerging debate over Spanish language education began when the school system started quietly phasing out traditional, 30-minute-a-day Spanish classes. The cut began with second-graders in 2013 after some parents complained they weren’t enough to produce truly bilingual students.

Instead of the traditional Spanish classes, the district began an ambitious expansion of its in-demand “extended foreign language” program, where instruction in core areas like math and science is split between English and another language. Since 2012, the number of schools with extended foreign language has doubled to 138, with an estimated 20,000 students enrolled.

Experts agree that that type of immersive instruction is the best way for students to pick up another language.

“The more intense your program, the more time you spend in the target language, the more proficient” students become, said Marty Abbott, executive director of the American Council on the Teaching of Foreign Languages.

Abbott also argues that it’s a cost-effective way to teach a foreign language because it eliminates the need for a separate Spanish teacher. Instead, the classroom teacher takes on that role, too.

In Miami-Dade, the program’s level of rigor has been its biggest selling point _ but also possibly its weakest link. The intensity has made it highly sought-after by parents but out of reach for some students.

For example, Aventura Waterways K-8 often has a waiting list for its EFL program. And a student who doesn’t get into the program in kindergarten usually can’t start in the later grades. That’s because the rigor of EFL demands a certain level of familiarity in the target language, district officials say.

Additionally, students who are not on grade level in their native language aren’t eligible _ even though studies show that learning another foreign language improves academic performance. One study in 2012 found that dual language instruction helped close achievement gaps among English-language learners, minorities and poor students in North Carolina.

Coupled with the cut to traditional Spanish classes, the move to more intense instruction has raised issues of access: Children either get intense foreign language instruction or none.

“It’s exclusionary. It’s elitist. It will have tons of economic ramifications,” said Rosa Castro Feinberg, the first Hispanic woman elected to the Miami-Dade school board in 1988.

There’s another problem: The extended foreign language program requires teachers to be able to read and write in both English and the target language, and to teach subjects like math and science. That sets a high bar. Spanish teachers are not always certified to teach other subjects, and teachers who are certified in other subjects may speak Spanish but don’t necessarily have the training or language skills to teach it.

“At times, we make the mistake of just assuming, because a person has a last name that is Hispanic, that they will be able to” teach Spanish, said Ingrid Robledo, who has been teaching Spanish in Miami-Dade schools for more than two decades. “That is a big mistake.”

One teacher in the extended foreign language program at North Beach Elementary described her unease over being tapped to teach in Spanish. Like many in South Florida, she grew up speaking Spanish only at grandma’s house, since both she and her mother were born in the U.S.

Now, she finds herself looking up words in a Spanish dictionary when teaching her students to read and worrying over her accent marks when sending letters home to parents whose native tongue is Spanish.

“I’ve just kind of been winging it. I feel like (the students) deserve much better than that,” said the teacher, who did not want to give her name.

The teacher’s experience is typical of the challenges that many immigrant communities have faced, experts say.

“There’s a very clear pattern of language shift,” said Andrew Lynch, a sociolinguist at University of Miami. “Once you’re in the U.S., there’s the ideology and pressure that here, `We speak English.”’

But Lynch and others think there are plenty of native-Spanish speakers living, and even already teaching, in Miami-Dade. Those critics say the district simply isn’t doing a good job of using the teachers already in the system, or recruiting native speakers from other fields. They also say the shortage of qualified teachers is indicative of how poorly local schools and colleges teach the language.

In trying to find a balance between the concerns of parents on both sides of the issue, Miami-Dade has, for now, reversed its plan to cut traditional Spanish classes, a decision district officials say they made well before the public backlash. Third-grade classes were slated to be cut next school year.

The district is now asking for input about how to structure its foreign language programs.

“With the best of intentions, there are some challenges. You go and you tackle the challenges,” Superintendent Alberto Carvalho said at a recent school board meeting.

In many ways, Miami-Dade is reviving an old debate. Miami-Dade’s Spanish skills and the school system’s role in improving them were hot topics in the 1990s. The conversation was spurred by a 1996 survey by a University of Miami professor that found a quarter of local companies relied on new immigrants rather than recent graduates to conduct business in Spanish.

“We think our kids speak Spanish. Well, maybe they speak `kitchen’ Spanish or social Spanish,” said Mercedes Toural, a retired deputy superintendent. “But if they are going to compete in the workforce, they need to be able to read, write, draft business letters in Spanish.”

It’s a lesson the state of Delaware recently learned the hard way. When an insurance company with headquarters in the state was looking to expand about five years ago, the company went overseas despite the governor’s attempt to keep it in-state.

“They said they could not afford to expand a monolingual work force,” said Gregory Fulkerson, director of world language programming in Delaware.

Since then, the state has poured millions into expanding foreign language programs similar to Miami-Dade’s extended foreign language classes under a plan by Gov. Jack Markell. Delaware has also worked with local embassies to recruit teachers. The state is also thinking long-term, working with a university to create an “internal pipeline” of teachers by harnessing the skills of students who enter school already speaking another language

The state of Florida, on the other hand, does not invest specifically in bilingual education. It’s up to the districts to set their priorities. Miami-Dade spends more than $20 million to teach kids another language, according to Izquierdo, the chief academic officer in Miami-Dade.

“We make a disproportionate but strategic investment in foreign language instruction, the likes of which the state doesn’t,” Carvalho said at a recent school board meeting.

Izquierdo, the chief academic officer, explained at a recent school board committee meeting that the next year will be a “planning year.” The district wants to eventually replace the traditional Spanish classes but still meet the needs of all students. The new program _ with “two pathways to biliteracy,” according to Izquierdo _ will kick in during the 2016-2017 school year.

“Our ultimate goal of these programs is to produce biliterate and bilingual individuals,” she said.

Next post Florida teacher suspended for jamming cellphones in class